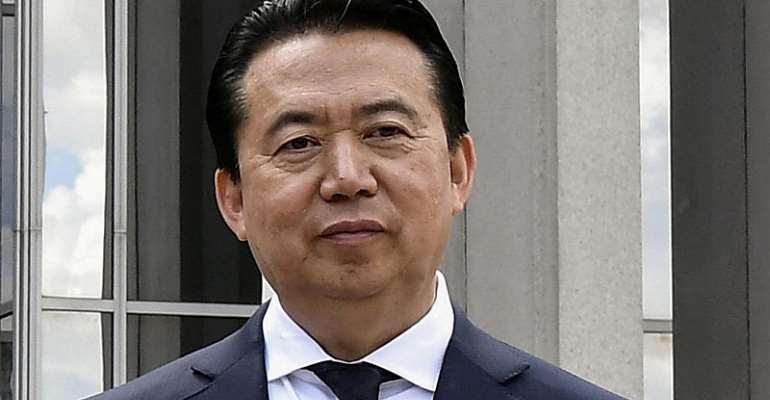 The Chinese authorities say France granting asylum to the wife of former Interpol chief Meng Hongwei – who has been charged in China with accepting bribes – is an abuse of French legal procedures.

Grace Meng, who was given police protection in France after she alleged an abduction attempt at the start of the year, was granted asylum on 2 May, along with the couple's two children, according to the family's lawyer.

Meng Hongwei disappeared in September 2018 after leaving the French city of Lyon, where Interpol is based, for China.

He later sent his wife a social media message telling her to "wait for my call".

A few weeks later, Interpol was informed that Meng, the first Chinese president of the international police agency, had resigned, with Beijing later announcing he was being held on suspicion of taking bribes.

He was officially charged with accepting bribes last week.

Meng is among a growing group of senior Communist Party figures caught in President Xi Jinping's anti-graft campaign, which critics say has served as a way to remove the Chinese leader's political enemies.