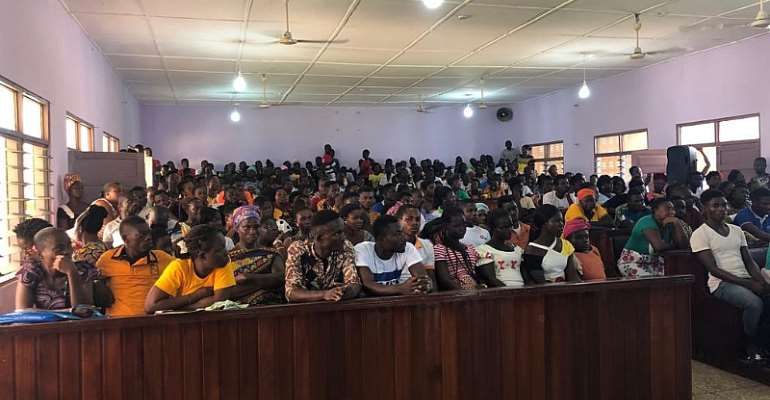 Over 300 youth in the Birim Central, Birim South, Akyemansa and Achiase Districts of the Eastern region have been sensitized to acquit themselves with field work to train cocoa farmers on government’s Pollination Programme geared at increasing cocoa yield to meet the production target of one million tonnes.

The Cocoa Pollination Programme (CPP) is an initiative introduced by government to encourage farmers to use artificial means of pollination to increase yield per acreage, boost farmers’ incomes while raising national production to sustain the cocoa industry.

Mr Foster Oyinka Danquah, Oda District Extension Coordinator of Cocoa Health and Extension Division (CHED) of Cocobod, speaking at the orientation programme at Akyem Oda, said the CPP which started in 2017 was an intervention not only to boost cocoa production but also to increase farmers’ incomes and reduce poverty.

He noted that the decline in pollinating insects in the country has resulted in reduced cocoa yields, insisting that proper pollination would result in the production of 30 bags of cocoa for every kilometer of farmland.

He said unlike the normal or natural pollination, which could bear between 12 to 20 pods on a tree, the artificial hand pollination could yield as many as 100 pods per tree.

Mr Oyinka Danquah charged the Pollinators to work hard to justify the purpose for which they were engage by the government and however entreated them to be objective in their official endeavor devoid of party politics to ensure the sustainability and posterity of the initiative.

Mr Michaeal Gyasi, the District Cocoa Officer said the focus of the CPP was to help achieve the one million tonnes of cocoa beans production targeted for the year.

He cautioned the Pollinators to avoid laziness and poor attitudes towards the work.

Mr Francis Elvwekeh Community Extension Agent who took participants thought the format and presentation of field reports said the orientation exercise was to enhance the capacities of the Pollinators and improve their appreciation of the work ahead. 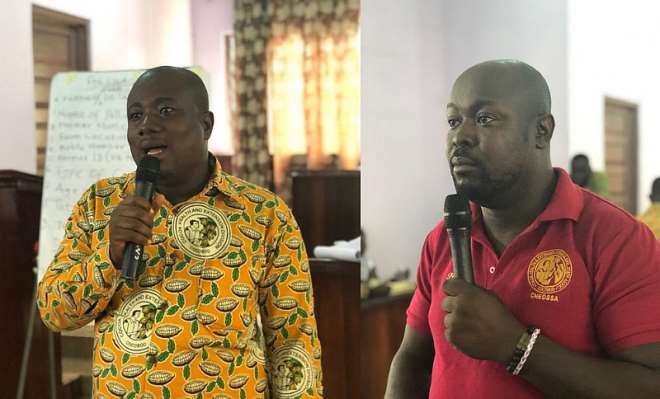