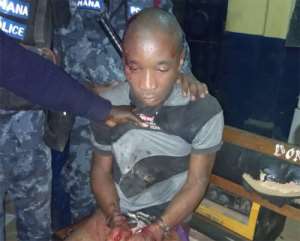 A Magistrate Court in Takoradi has sentenced the Nigerian at the centre of the three kidnapped Takoradi girls case, Samuel Wills, to 3years' imprisonment for escaping lawful custody.

It would be recalled that the Nigerian was charged for three counts from the onset following his arrest.

He was however, acquitted and discharged on the last count due to lack of evidence.

The magistrate subsequently sentenced him to 18 months on each of the charges.