The Betrayal Of The State By Officials -Ghanaians Must Wake Up 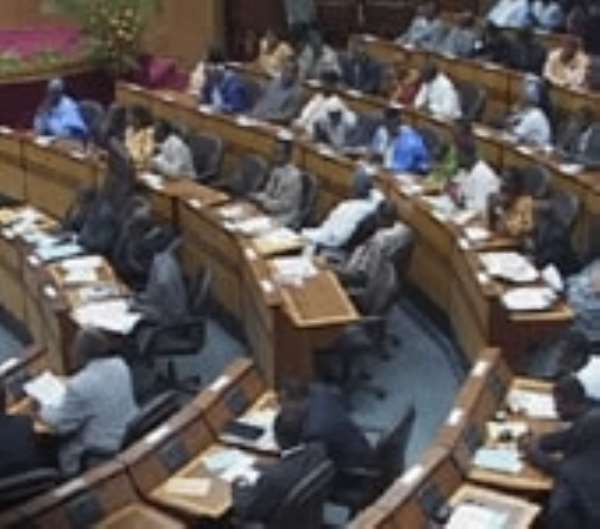 Today I read a horrifying narration on myjoyonline by one Christian Addo Kuffuor who said he has had ties with the notorious galamsey queen, Aisha Huan. Even though I have written in the past to essentially lament the ineptitude of the state in dealing with galamsey because of complicity of state officials, this narrative of Christian, is heart-rending.

In his narration, he chronicled how the whole state was brought on its knees by the galamsey queen. Though veteran journalist, Abdul Malik Kweku Baako had in the past blown the cover of the sex-for-crime galamsey kingpin, which eventually led to the re-arrest of the three times once-arrested queen, Christian's narration puts the powers of this sex-for-crime queen at an unimaginable pedestal.

I urge everyone to read the story which is available online and see for themselves how officialdom wickedly betray the state that pays them with the taxes of you and I.

In the wake of the Osafo Marfo lousy talk, I decided not to comment on the issue because I had deep respect for him but I'm forced out of shell by conscience to comment or remain mum on any other national issue. To be blunt, Osafo Marfo must resign. His comments are nauseating and demeaning to the ordinary Ghanaian. What he has done is to belittle Ghana as a state and subject the citizens to a mental state of inferiority. Ghanaians can be arrested and prosecuted but Chinese cannot because the Chinese who come and steal the resources of the Ghanaians who are arrested, have the oil to purchase their way through the laws of this country - according to the logic of the senior minister.

Humiliatingly, the Chinese ambassador has told us in the face: "we don't give the Chinese visas, we're not the ones who release them after their arrest, we don't know where your gold is, so why do you blame us?". What a shame. What an embarrassment. These comments by the ambassador, highlights why everyone ought to be worried about the comments of Osafo Marfo.

The point has to be made that, the senior minister has only laid bare the secrets behind the scenes across all regimes in the fight against galamsey. When the NDC launched the crusade against galamsey, it was not successful largely because of the complicity of officialdom. No DCE or state official was prosecuted under the incompetent regime of the NDC even though we knew how involved these appointees were in galamsey. And this demonstrates how politicians like to give nice sound bites but hardly mean what is contained in those sound bites.

Under my own NPP, I had full confidence in the government's ability to nip this canker. I lost hope when Aisha Huan and her Chinese accomplices were set free under an inexplicable circumstance. Before then, the AG profered charges that could not kill a bird against this sex-for-crime queen. This raffled furthers within the country and it had to take OccupyGhana to challenge the charges leading to an amendment of the charge sheet. When the sex-for-crime queen and her accomplices were freed, I recall Charles Bissiw, who would later proven to be corrupt, telling Ghanaians the reason for discontinuation was to save the country money. What an insult. Mr Charles Bissiw's reason was described as rubbish by peerless Ace Ankoma. Indeed such rubbish of explanation could only be given by a corrupt official.

Point is, the AG could not have entered a nolle prosequi if government had interest in pursuing such a high public-interest case. What the senior minister has said, is in my opinion, a government decision and reason for the discontinuation of the case. This assertion of mine, is firmly founded in the manner in which the state has conducted itself with respect to the sex-for-crime queen.

When the journalist of our time, Anas Aremeyaw Anas uncovered the complicity of officialdom in galamsey, I expected a swift political decision to make some people step aside until the final determination of the case. However, that was not to be: the culprit, on his on 'accord' decided to 'step aside' from the out-of-use interministerial committee on illegal mining (IMCIM) but continues to hold office in government.

Shockingly, it was clear how some officials in government wanted to undermine investigations into Mr Bissiw's case. Upon notice that the office of the Special Prosecutor had been invoked, they deliberately ignored that option and sought to go to the CID. A deceptive attempt was made to create the impression that Anas and his team were not cooperating and some manipulated groups were made to whine in the media through issuing purposeless statements. Kennedy Agyapong who has confessed that his attacks on Anas were not founded on true conscience but was for expediency was part of the gangsters who wanted to water down the gravity of the galamsey exposē.

These machinations and many more betray the president's commitment to fight galamsey. I humbly request the President to purge his office of corrupt officials who are seeking to use his office for self gains.

If Ghanaians will support Anas to haunt and hound politicians, I believe Ghana would be a better place as the only language that scare our politicians is "Anas is coming".