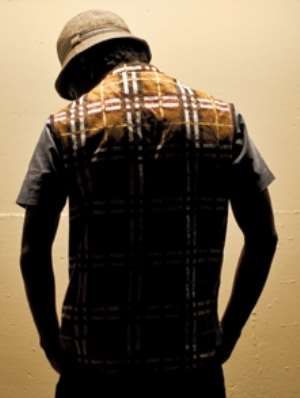 However dire the general situation of the country’s journalists may seem, the fact of the matter is that there was never a time, since Ghana’s First Republic, when media operatives in Ghana enjoyed the sort and quality of freedom that they are presently enjoying (See “Ghana Journalists Fear ‘Rule of Jungle’ After Attacks” Modernghana.com 3/22/19). If anything at all, contrary to what some of these victim-playing media operatives would have the rest of the country and the world believe, it is the government of the Rawlings-founded and presently Mahama-led National Democratic Congress (NDC) that has, invariably, forced our journalists and media operatives to paralytically self-censor their practice.

A couple of weeks ago, for example, a series of columns that I wrote and got published on the leading media website Modernghana.com was promptly taken down. It was captioned “Atta-Mills Was Killed by Mahama at Osu Castle.” All three of them were taken off the Modernghana.com website, with the fourth and final installment never getting posted. The administrators of this leading website would shortly write to me claiming to be having problems with publishing the series, because they had been threatened with a lawsuit by some of the leaders of the country’s main opposition National Democratic Congress. But, of course, what flabbergasted me even more was the insistence by the administrators of the Modernghana.com website that I had not provided any shred of evidence to credibly shore up my claim and/or assertion that, indeed, it was the then Vice-President John Dramani Mahama who had incontrovertibly engineered what clearly appeared to have been the assassination of then-President John Evans Atta-Mills.

Well, I promptly pointed out to the operators of the Modernghana.com website that the immediate and initial celebratory response or reaction of then Vice-President Mahama ought to have told every critically-thinking Ghanaian that something was clearly culturally and politically amiss with the reaction of the extant Vice-President to the passing of the all-too-magnanimous personality who had handpicked Mr. Mahama as his running-mate, against the vehement protestations of the Rawlingses, a reaction or stance which, in retrospect, appears to have been foresighted and savvy on the part of Mrs. Nana Konadu Agyeman-Rawlings and the latter’s husband, to wit, former President Jerry John Rawlings. There is something in law called “circumstantial evidence.” And the then Vice-President Mahama’s rather intemperate and situationally ironic celebratory public reaction definitely qualified for the criterion of circumstantial evidence. I thought the then Candidate Addo Dankwa Akufo-Addo had, as part of his electioneering campaign agenda, in the leadup to the 2016 Presidential Election, had solemnly promised to promptly launch an investigation or inquest into the mystery surrounding the death of President John Evans Atta-Mills.

I also emphatically observed that Mr. Bernard Allotey-Jacobs, the former Central Regional Chairman of the National Democratic Congress, had said much that was adequately telling since the official announcement of the passing of then President Atta-Mills, whom Interim-President Mahama, while on the campaign trail in the Northern Region, his home turf, had intemperately accused of having insolently made him a “Presidential Spare-Tire.” The latter reference was, of course, also in allusion to the flat refusal or calculated failure by then lame-duck President John Agyekum-Kufuor to endorse the presidential ambitions of the man who twice served as the latter’s running-mate as well as substantive Vice-President of the Democratic Republic of Ghana. Yes, any critically-thinking Ghanaian who has cared to listen to the pronouncements of Mr. Allotey-Jacobs must have unmistakably arrived at the conclusion that, indeed, President Atta-Mills had not died a natural death, even when the identity of the possible criminal suspect or suspects has bizarrely continued to be shrouded in mystery and secrecy.

You see, what the administrators of the Modernghana.com website may either be willfully or unwittingly refusing to either appreciate or accept has more to do with the one, among the top leadership of the National Democratic Congress, who stood to gain more than anybody else vis-à-vis the corporeal elimination or assassination of then President Atta-Mills. Now, couple the preceding with the scandalously celebratory response/reaction of then Vice-President Mahama, and it is literally only one afflicted with clinical dementia who needs further evidence to place the prime suspect at the scene of the crime.