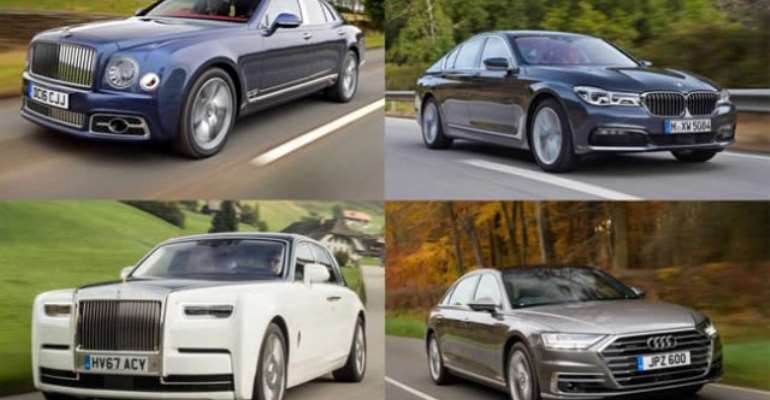 The government has collected GH¢21.3 million in taxes from the use of vehicles with engine capacities of 2.9 litres and above between August and December last year, provisional fiscal data on public finances for last year has showed.

The amount is GH¢82.7 million or 79.52 per cent below the GH¢104million that was projected to be collected within the period. The projections were contained in the 2018 mid-year budget review.

The implementation of the vehicle luxury tax begun in August 2018 as a new policy to help raise more revenue.

A Fiscal Policy Specialist at Oxfam Ghana, Dr Alex Ampaabeng, in an interview with the GRAPHIC BUSINESS on April 9 in Accra observed that the development brought to the fore the country’s inability to undertake proper consultation before a new system or initiative was introduced.

“The revenue collected, although is very low compared to government’s projection, offers a foundation for future decisions and most importantly, a basis for national conversation around this tax.

“It is a strong untapped revenue potential that must be pursued but must be well administered,” he said.

According to him, the government was overly ambitious about its targets, especially considering the fact that this was a new levy.

“I do wonder though if the government based its projections on accurate records of taxable vehicles in the country.

If this is indeed the case, then it is very surprising that it had almost 80 per cent shortfall.”

The fiscal policy specialist indicated that the government did not provide enough time and appropriate education before the introduction of this levy.

“Tax knowledge greatly influences tax compliance and the government did very little to improve people’s knowledge about this levy.

“A poor understanding of a particular tax is also likely to have broader implications as uninformed taxpayers may be more prone to seeing the new tax as unjust and might misperceive the benefits of paying it,” he added.

Govt challenged The Chairman of the Vehicle and Asset Dealers Association of Ghana (VADAG), Mr Eric Boateng, in an interview with the paper last week observed that the figures had been authored to show that vehicle users and owners were complying with the levy.

He explained that a preliminary assessment by the VADAG at the Driver and Vehicle Licensing Authority (DVLA) had showed a lower turnout by vehicle users.

“Because we have called for the removal of the levy, the government have deliberately authored the figures to show the public that it is actually benefiting from the tax but in reality the situation is different,” he said.

He said vehicle owners have given a two-week ultimatum to the government to act or face their anger, adding that they were prepared to embark on a series of demonstrations across the country if government failed to listen to their plea.

According to him, more than 5,000 supposed luxury vehicles have been parked in various garages across the country as prospective buyers have refused to buy them because they were trying to avoid the levy.

According to him, those who went for loans to import their cars are unable to pay back and are being harassed by their bankers.

Also, he indicated that other cardealers have not been able to pay their children’s school fees because their businesses were suffering with their investments locked up.

However, attempts by the paper to elicit responses from the Driver and Vehicle Licensing Authority (DVLA) proved futile after severals days of attempt.

The vehicle luxury tax was introduced by the government in August 2018 as a new policy to help raise more revenue.

The tax also affects vehicles of the listed capacities existing prior to the passage of the law.

Other exemptions as may be prescribed by the minister responsible for Finance.