Bawumia Off To USA 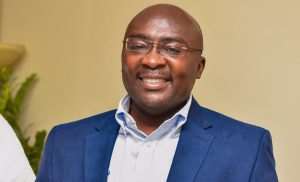 A statement from his office said the Vice President left for the US because he is the keynote speaker at a forum and a summit at the Columbia and Chicago Universities respectively.

During his stay in the USA, the Vice President Bawumia according to the statement will also travel to Dallas, Texas to interact with the Ghanaian Community and brief them on events back home.