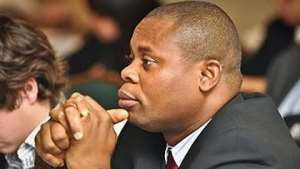 IMANI Africa did not run out of adjectives when it characterized the yet to be introduced public universities bill as “backdoor arrangement,” “outmoded at birth,” “usurpation of the universities authority” and dictatorial.

Consequently, the President of the Policy think tank has called for the immediate withdrawal of the bill , which seeks to harmonize the administration of Public Universities in Ghana and reserve majority slots on the University Council for government appointees.

This has, however, ruffled feathers with some leading lights in the University community. A political science lecturer has threatened bloodletting in opposition to the bill.

But the government is unfazed as its spokespersons say government has been misunderstood in what is a well-intended initiative to introduce a modernized administration regime for managing universities.

Vincent Assafuah, Spokesperson for the Ministry of Education spoke to Joy News on the back of mounting oppositions to the bill, suggesting that had this bill been in place, recent happenings on the campuses of Kwame Nkrumah University of Science and Technology and the University of Education Winneba would not have happened.

Assafuah intimated that having majority of the University Council’s members emanating from outside of the University is a good corporate governance practice as it serves as check and balance on university administrators.

“Actually a backdoor arrangement is the word I used to describe the bill,” Franklin Cudjoe, President of IMANI Africa, described.

“The University Council is going to be heavily diluted because you have six of the nine Council members going to be appointed by the president,” He told Daniel Dadzie, host of the Super Morning Show Tuesday.

Sounding dejected he asked: “Who actually is in demand of these reforms? Is it the university or this is just the government that is trying to ensure that it has its face in the management of the universities?”

Establishing his locus in the ongoing debate he asserted that “as a product of the university, I am worried about the centralization of university authority and treating the entire university ecosystem as one, this defeats academic freedom and defeats competition.

“I do not know whether reforms have now become less consultative. This is a whole anti-democratic process, I do not see why you want to start consultation on dictatorship.” he exhaled in despair.