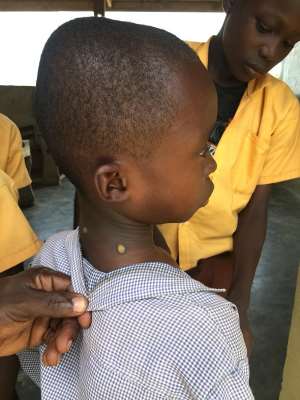 The Birim Central Municipal Health Director Mr. James Atampiiga Avoka, has appealed to the government to allocate more resources to fight Yaws in the country.

Mr. Atampiiga Avoka, who made the appeal, added that if more resources are allocated to combat the disease, it will help eradicate it by 2025. 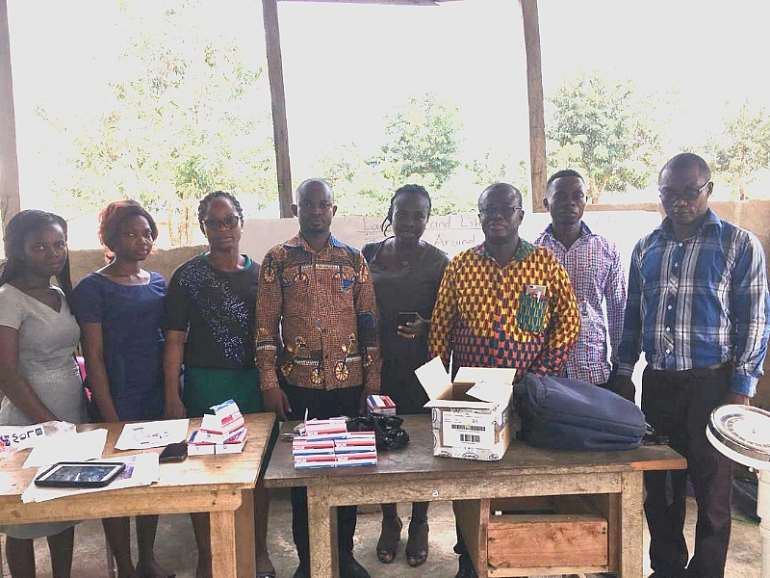 Despite the significant reduction in infection rate, the Health Director said the rate is not encouraging because the disease is still very alarming in the country.

Mr. Atampiiga Avoka made these known when he led a team of health professionals to treat some affected persons of the disease at the Badukrom SDA School in the Asene Manso Akroso District of the Eastern region.

He explained that the majority of those affected have either failed to report to the hospitals for treatment or are ignorant of its existence.

Explaining the history of the disease, Mr. Atampiiga Avoka said, Yaws is a common chronic infectious disease that occurs mainly in the warm humid regions of the tropics. It features characteristic bumps on the skin of the face, hands, feet, and genital area.

He said the disease begins when the spirochete penetrates the skin at a spot where it was scraped, cut, or otherwise compromised. At the entrance site, a painless bump arises within 2-8 weeks and grows.

The initial bump he said is referred to as the mother Yaw. The glands in the area of the mother Yaw are often swollen. When the mother yaw heals, a light-cooled scar remains.

Mr. Avoka disclosed that 12 people were tested positive with the disease in between February and March this year in Badukrom hence the decision of the Asene Manso Akroso District Assembly to support them with the treatment of the affected children.

A Disease Control Officer of the Directorate, Mr. Thomas Kissi attributed the worsening situation of the disease to the poor maintenance of proper hygiene in most communities. According to him, Yaws thrives very well in insanitary conditions, and people should, therefore, take the issue of sanitation seriously.

He further added that the rate of spread can be minimized only if the government commits itself to strengthen the capacity of health professionals as well as undertaking a nationwide campaign to sensitize people about the dangers associated with the disease.

Ghana has not been able to undertake any nationwide exercise on the disease since the end of WHO assisted Yaws elimination campaign in late 1960 hence the upsurge of the disease.

The prevalence rate estimated to be around 87 cases to 100,000 puts the Eastern region ahead of Central, Western, Volta and Ashanti regions.

Institutional and reported cases in 1993 and rough cases were being reported and that the standardized format for recording and reporting had not yielded results.