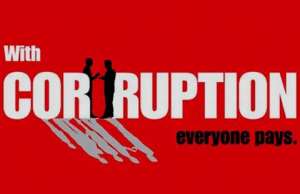 He is calling on the Controller and Accountant General to work with other state departments to stop them.

Mr. Boar said the country lost a lot of money annually through paying people for no work done, saying, it was a drain on the public purse.

Mr Boar made the call when the Controller and Accountant General, Eugene Ofosuhene called on him at the Northern Regional Coordinating Council in Tamale to brief him about his visit to the region.

Mr Ofosuhene was in the region as part of his duty tour to interact with staff of the Controller and Accountant General's Department to learn about their challenges and how they were discharging their functions.

Mr Boar said stopping the unearned salaries would ensure that such funds were be channelled to other sectors of the economy to enhance development.

Unearned salaries arise when a staff retires, dies or resigns but their names are not deleted from the payroll system and they continue to get paid.

He assured of intensifying monitoring to address the situation, saying, banks had been sensitized to pay back to government money paid to the accounts of staff, who never claimed it.

He said a lot was being done in the area of review of the payroll management system to make it credible.

Mr Ofosuhene later joined a durbar of staff of the Controller and Accountant General's Department to interact with them to learn about their challenges and the need for them to work to enhance public financial management delivery.