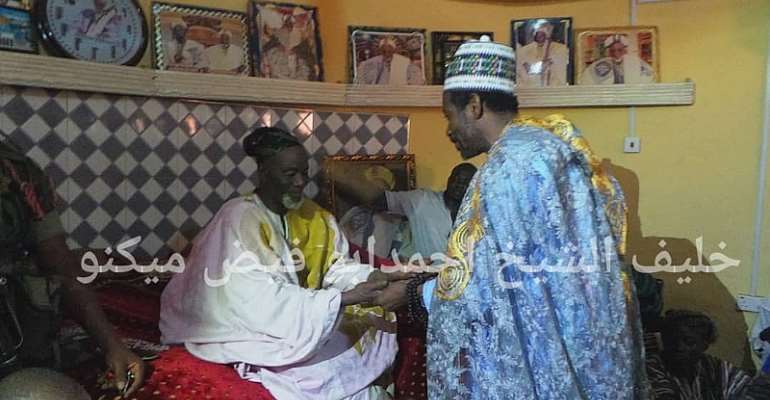 As part of his tour, Sheikh Khalifa has visited the Gbewaa Palace at Yendi in the Northern Region to pay a courtesy call on the newly Enskinned Overlord of Dagbon Yaa Naa Abubakar Mahama Andani II.

The king didn't hide hide his happiness and appreciation to Khalifa and his enrourage and requested for prayers to be abla to rule Dagbon in peace, harmony and unity.

He delved into the contribution of Shaikh Abdullahi Ahmed Maikano in propagating Islam and Tariqa trough out the northern region and beyond.

This effort made Naa Muhamadu Abdulai to give Shaikh AbdullahiAhmed Maikano his daughter Mma Sana to marry. 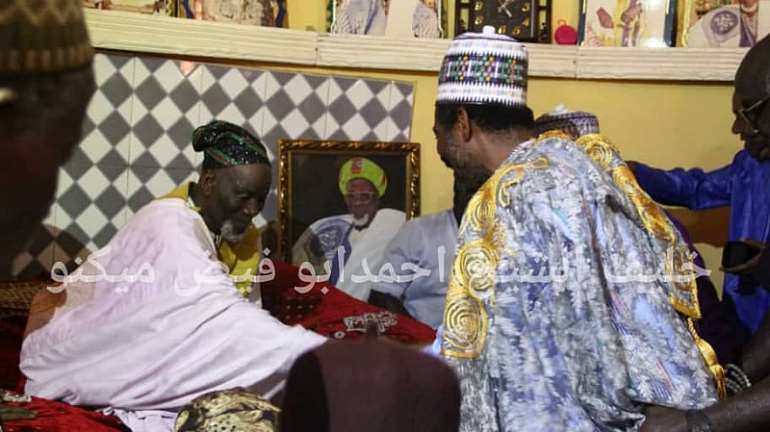 The President of the Tijjaniya Muslim Council of Ghana also visited the palace of the chief of Mion. Mion Lana, Naa Mahamadu Abdulai II.

Shaikh Ahmed Abulfaid Maikano recalled the cordial relationship existing between the skin of Dagbon and the nobke leader, Shaikh Abdullahi Ahmed Maikano.He ceases the opprtunity to advise them on the ensentials of Justice and peace and how to see eaach and everyone as treasury to Dabgon.

He used the occasion to display some historic pictures of Shaikh Abdullahi Maikano and the people of Dagbon which has the images of his Dagomba wife Sana.

In his welcome address the Mion Lana Naa Mahamadu Abdulai II expresses his gratitude to Khalifa and his entourage for visiting the Mion palace.

He affirms Khalifa's speech on Mma Sana. Saying she is his Aunty and and that he has a bigger picture of her,Shaikh Abdullahi Maikano and his father Naa Muhamadu Abdulai I.

The Mion lana appealed to Shaikh Khalifa to pray for rainfall since the area is a farming community and depend on rain water. 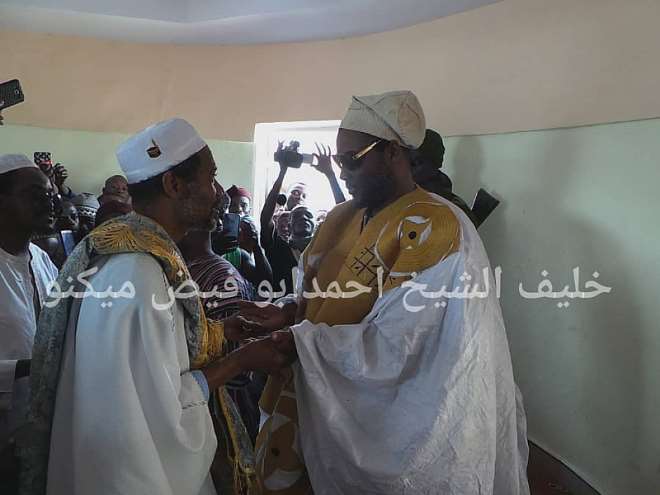 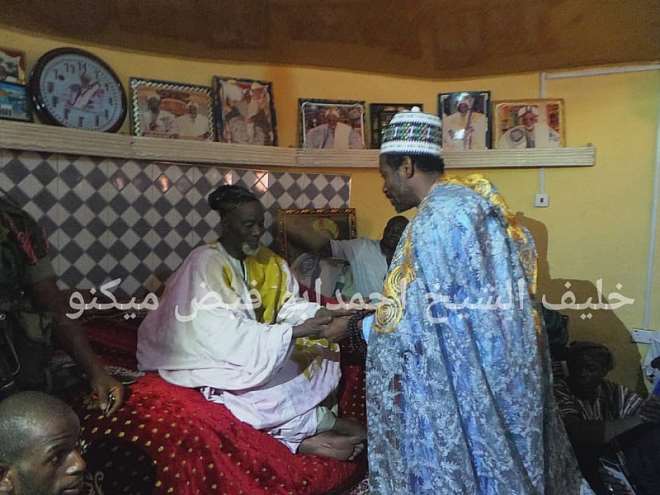 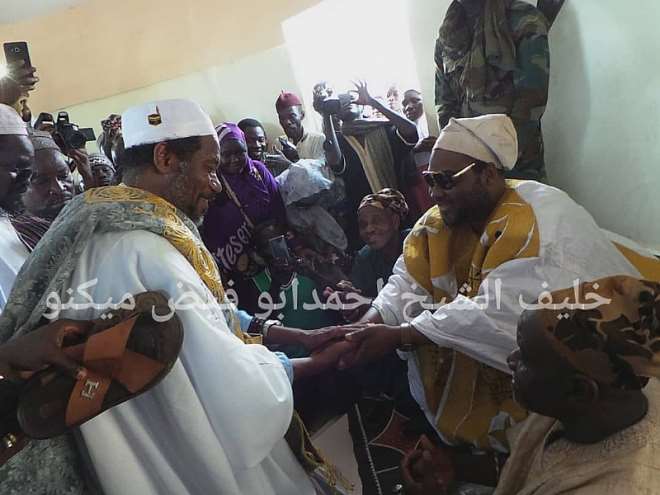 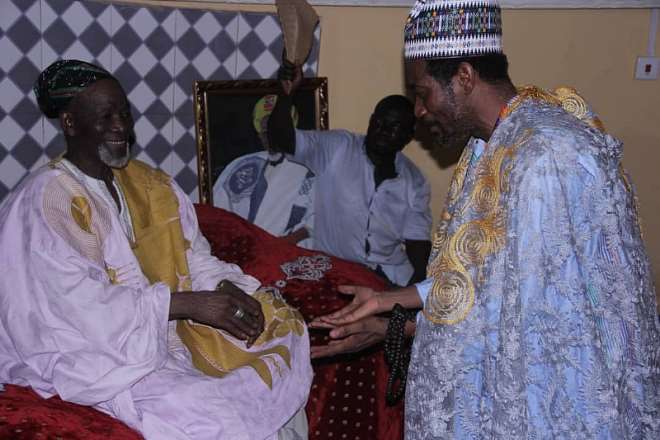 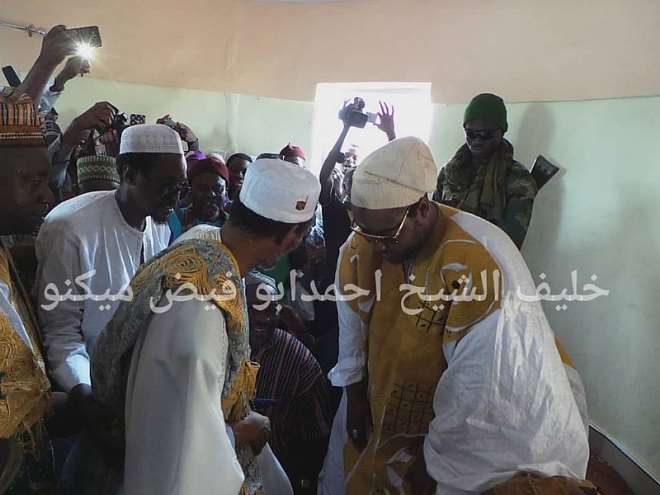 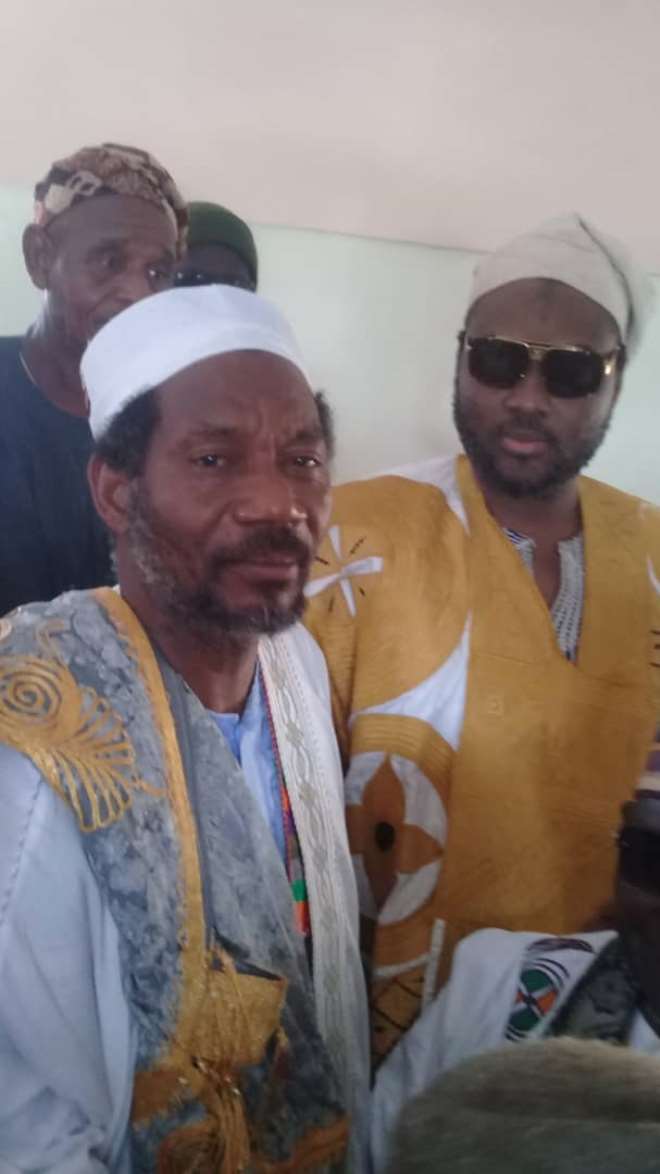