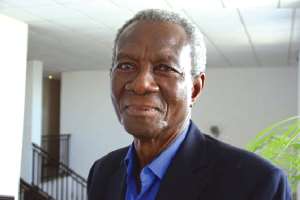 Economist Kwame Pianim wants much more than talk in addressing the cedi's challenges following the Vice President's boasting of the Akufo-Addo administration's handling of the Ghanaian economy.

At a town hall meeting on Wednesday, Vice President, Dr. Mahamadu Bawumia used the Mahama administration as a yardstick to measure the NPP’s performance.

But in an interview on Eyewitness News, Mr. Pianim said the Vice President’s sentiment had no bearing on the pockets of Ghanaians.

“I am not going to contradict the Vice President. All that I am saying is that people don't eat words. They see the exchange rate reflect in their cost of living because prices will go up. Let's stop talking and focus on addressing the fundamentals. The fundamentals are supply and demand for foreign exchange.”

The fundamentals affecting the cedi are largely influenced by Ghana’s dependence on imports.

Mr. Pianim also added his voice to calls on government to focus on building a manufacturing economy.

“With the supply, we can do something about it by increasing exports, restructure the economy, which means expenditure controls, responsible fiscal policy and then we move. It doesn't matter which party is in power and we should stop political point scoring.”

The economist also commented on the potential bi-partisan probe of the recent cedi struggles saying there were no merits in a short term probe into the cedi.

“Getting the Ghanaian to address any economic problem on a non-partisan basis; not political scoring basis is very useful and productive. Getting a commission to sit on the current spike in the cedi is a non-productive way of spending people's time.”

He instead urged the government to “focus on expenditure controls, not revenue mobilisation either in debt or issuing bonds.”