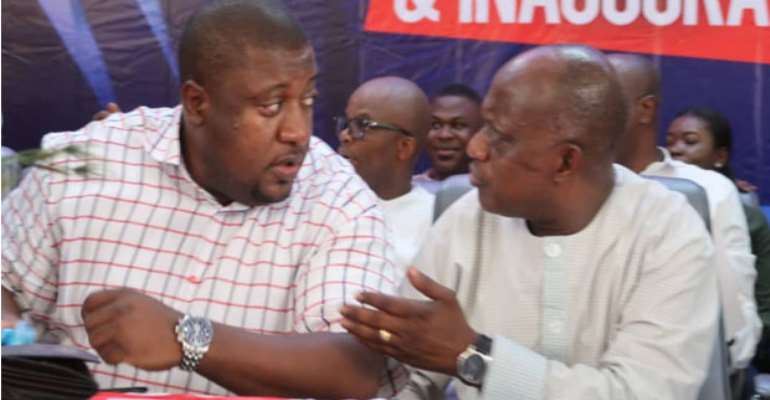 Ashanti Regional Minister Simon Osei-Mensah has insisted that the state should stop taking care of John Dramani Mahama as an ex President.

He argued that since Mr. Mahama is aspiring to become a president again, it is not proper for the state to foot his bills anymore.

The minister has therefore called for an open debate to determine if Mr. Mahama should be taken care of by the state or not.

According to Mr. Osei-Mensah, he is convinced that the state should not take care of someone who is aspiring to become a president.

“Mr. Mahama is now a presidential aspirant of the National Democratic Congress (NDC) and that is the gospel truth. With his presidential ambition, I am convinced that the state should stop taking care of him as a former president,” he stressed.

The minister added: “If the state will continue to take care of him, then all other presidential aspirants should also be taken care of by the state”.

He was addressing hundreds of NPP members during the Ashanti Regional NPP Youth conference and inauguration of youth working committees.

Mr. Osei-Mensah, who was brimming with rage, said “Mr. Mahama has nothing to offer the country after failing to deliver as president”.

“Mahama only wants to come back as president so that he can steal from the coffers of the state again”, he pointed out.

He, therefore, charged the NPP youth to campaign vigorously so that 'victory 2020' for the NPP would be a done deal.