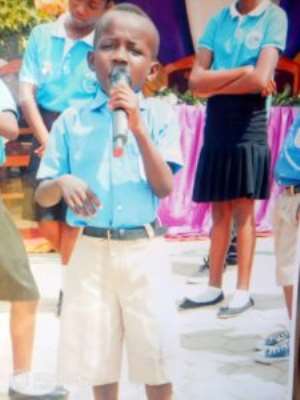 A 10-year-old boy, a native of Achiase in the Atwima Nwabiagya North District of the Ashanti region has been electrocuted after touching a faulty electricity high tension pole.

The deceased, Nana Osei Kwadwo popularly, known as Naasei came into contact with a live electricity pole while playing and suffered a fatal electric shock.

Narrating the incident to OTEC News reporter Isaac Nsiah Foster, Wansanmmirehene Nana Kwabena Frimpong a relative to the deceased said the deceased was playing football with his colleagues around the electricity pole and unfortunately the ball went to electricity pole.

He further stated after the mother of deceased was able to removed him from the electricity pole, the deceased was rush to the nearest hospital which unfortunately he gave up.

According to him they have reported the matter to the Asuofia police and Naasei's body has been taken to Komfo Anokye Teaching Hospital for an autopsy while police investigations departments (CID) have initiated an investigation into the matter.