At Least 170 Civilians Killed In Cameroon Conflict Since October: Hrw 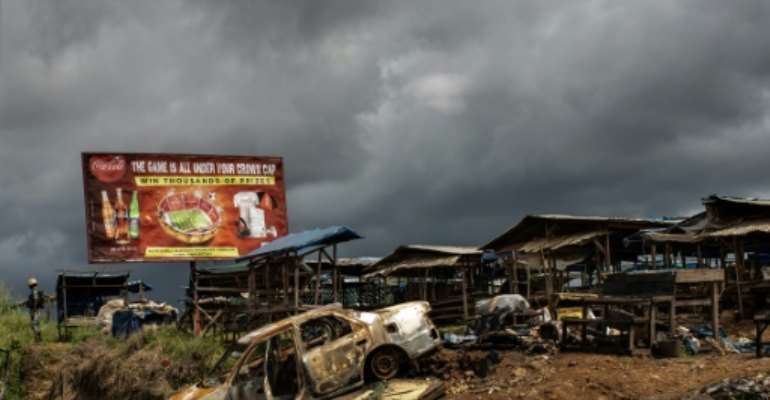 Some 437,000 people have fled the fighting, according to the United Nations, which called Tuesday for $184 million (163 million euros) to help the displaced. By MARCO LONGARI (AFP/File)

At least 170 civilians have been killed since October in fighting in English-speaking western Cameroon between separatists and government forces, Human Rights Watch said Thursday.

"Government forces in Cameroon's anglophone regions have killed scores of civilians, used indiscriminate force, and torched hundreds of homes over the past six months," the rights group said in a report.

The group based its findings on interviews with 140 victims, family members and witnesses between December and March, it said.

"Since October, at least 170 civilians have been killed in over 220 incidents... according to media reports and Human Rights Watch research," it said.

Another 31 members of the security forces were killed in operations between October and February, it said.

"Given the ongoing clashes and the difficulty of collecting information from remote areas, the number of civilian deaths is most likely higher," it added.

HRW did not explicitly blame government forces for all 170 civilian deaths.

It said armed separatists assaulted and kidnapped dozens of people during the same period, executing at least two men.

The government sent a letter to HRW denying "exactions" by the army described in the report, the group said.

The conflict broke out in October 2017 when the anglophone separatists launched an armed campaign.

The International Crisis Group has said the death toll since the start of the fighting has topped 500 for civilians and more than 200 for members of the security forces.

English speakers, who account for about a fifth of Cameroon's population of 24 million, have chafed for years at perceived discrimination in education, law and economic opportunities at the hands of the francophone majority.

The anglophone movement radicalised in 2017 as the authorities refused demands for greater autonomy for the Northwest and Southwest Regions.

Some 437,000 people have fled the fighting, according to the United Nations, which called Tuesday for $184 million (163 million euros) to help the displaced.

Police hunt for five members of kidnap syndicate in Savannah...
56 minutes ago