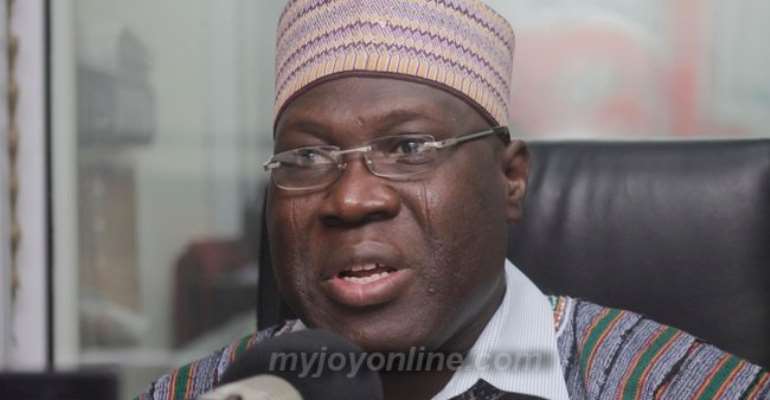 A Ranking Member of Parliament’s Constitutional, Legal and Parliamentary Affairs Committee, Alhaji Innusah Fuseini, has blamed the General Legal Council (GLC) and administrators of the Ghana School of Law (GSL) for the massive failures recording in the 2018 law exams.

Speaking on Adom FM’s current affairs show, Burning Issues, Monday , March 25, Innusah Fuseini indicated that the GLC and GSL have done little beyond putting up some infrastructure for the school.

He said the lack of a holistic approach to managing the school has made academic work unfriendly.

“Since its establishment in 1963, the GLS was not admitting more than 80 students and I don’t understand why the infrastructure that was built for sixty to eighty students are being used for eight hundred students presently,” he quizzed.

He further criticised the entire GSL model saying it lacks transparency because there are no marking schemes for some of the courses examined.

“I have said repeatedly that the way to solve Ghana Law School problem is to adapt the model of WAEC or any of the professional institutions, allow for institutions to teach the professional courses so that the GSL will become a regulatory body and set the questions for students to write the examination irrespective of your location without necessarily coming to Accra,” he added.

President of the Students Representative Council (SRC), Emmanuel Kobby Amoah and Nana Bediako Dannsa Appiah, a student of the 2018 batch of students alleged on the current affairs show that on Monday that some directives given to the lecturers by Parliament have not been adhered to.

They allege that extra classes for the exams that were banned by Parliament are still ongoing, while the number of papers a student must fail to go for a resit have been reduced from six to three.

Meanwhile, Chairperson of the Constitutional, Legal and Parliamentary Affairs Committee, Ben Abdallah Bandah, speaking on the same show said the Committee will investigate the issues raised by the students.

“We can’t blame anyone until our investigations are completed,” he said.

Out of 450 students who sat for the GLS exams, only 64, representing 14% passed to be called to the Bar according to the results released by the Independent Examinations Committee of the GLC.

Reports suggest that the majority of the referred students failed in family law, evidence and advocacy.

This is in contrast to the outcome of last year’s professional law exams, where 279 students passed and were called to the Bar.

The Supreme Court in July 2018 dismissed an injunction application that sought to restrain the GLC from organizing entrance exams scheduled for the students which the Council thought otherwise.