Ancient Rome's Sinful City At The Bottom Of The sea 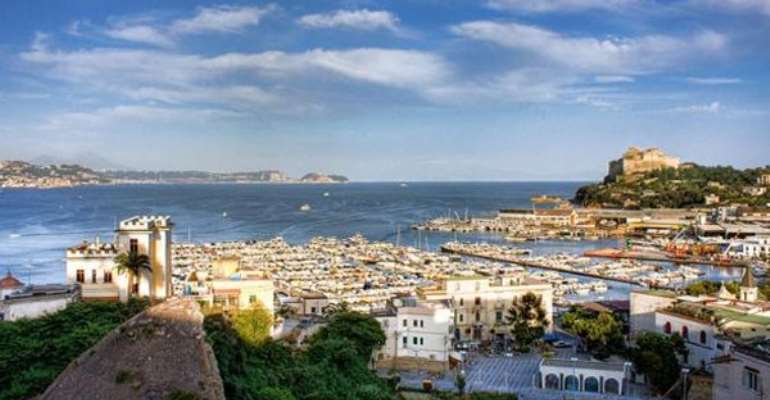 Baia was the Las Vegas of the Roman Empire - the place where the rich and powerful came to carry out their illicit affairs.

Tourist interest in the once-popular coastline was only renewed in the 1940s when a pilot shared an aerial photo of an edifice just below the ocean’s surface. Soon, geologists puzzled over boreholes left by molluscs on ruins found near the shore, tell-tale signs that parts of the hillside had once dipped below sea level.

Two decades later, Italian officials commissioned a submarine to survey the underwater parts of the city.

What they found was fascinating: since Roman times, underground pressure has caused the land surrounding Baia to continuously rise and fall, pushing the ancient ruins upwards towards the sea’s surface before slowly swallowing them again – a kind of geological purgatory.

The ruins beneath the sea’s surface were the province of just a few intrepid archaeologists until recently. The underwater archaeological site was not formally designated a marine protected area and until 2002, which is when it opened to the public. Since then, 3D-scanning technology and other advances in marine archaeology have offered first-time glimpses into this chapter of antiquity: divers, historians and photographers have captured submerged rotundas and porticos, including the famed Temple of Venus (not a temple, but a thermal sauna) - discoveries that have in turn provided clues to Rome’s most outrageous debauchery. 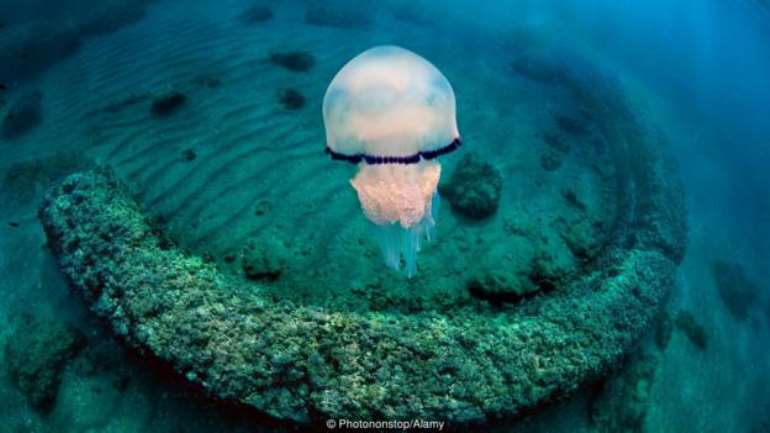 Image: On a calm day, visitors can spot remnants of the Roman town below the Tyrrhenian Sea (Credit: Photononstop/Alamy)

Because of the undulation of the Earth’s crust, these ruins actually lie in relatively shallow water, at an average depth of 6m, allowing visitors to see some of its eerie underwater structures from a glass-bottomed boat, or videobarca .

Local diving centres such as the Centro Sub Campi Flegreo (who partnered with the BBC on a recent documentary about Baia) also offer snorkelling and scuba tours of the submerged city a few kilometres out in the Tyrrhenian Sea. On a calm day, visitors can spot Roman columns, ancient roads and elaborately paved plazas.

There’s plenty to see above the water line, as well. In fact, many of the submerged sculptures are actually replicas; the originals can be found up the hill at the Baia Castle, where the Archaeological Superintendency for Campania manages a museum of relics pulled from the sea.

Many above-ground Roman ruins are also visible nearby at the Parco Archeologico delle Terme di Baia , the portion of the ancient city still above sea level.Excavated in the 1950s by Amedeo Maiuri, the archaeologist who also unearthed Pompeii and Herculaneum, the on-land historical site features the remains of mosaic terraces and domed bathhouses. 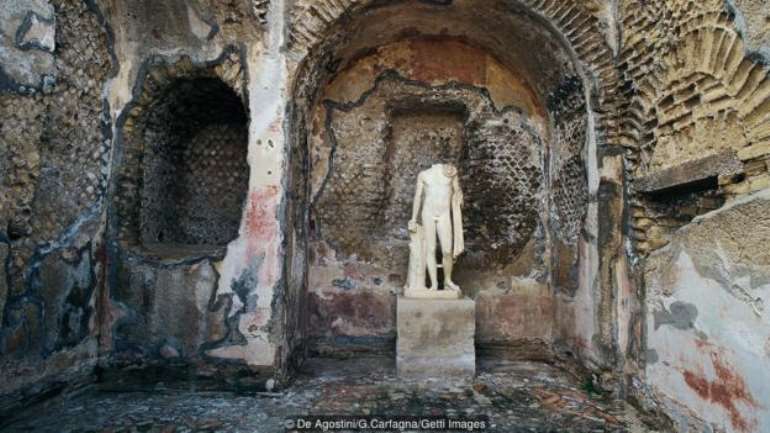 Image: Underground pressure has caused the land surrounding Baia to continuously rise above and fall below the water line (Credit: De Agostini/G.Carfagna/Getti Images)

Surrounding the Parco Archeologico delle Terme di Baia, modern Baia is a shadow of its former magnificence, though it still captures the spirit of idleness and pleasure. These days the coastline that was once peppered with mansions and bathhouses features a small marina, a hotel and a handful of seafood restaurants lining a narrow road running north-east toward Naples.

Time may be running out to see this lost relic of ancient Italy’s opulence: seismologists predict further volcanic activity along Baia’s coast in the near future, rendering the city’s fate uncertain once again. Twenty small earthquakes were recorded in the area this past year alone, and talk in recent years has touched on permanently closing the sunken ruins to visitors.

For now, however, visitors can search this underwater city for a hidden entrance - if not to the underworld, then at least to some spectacular subterranean treasures.