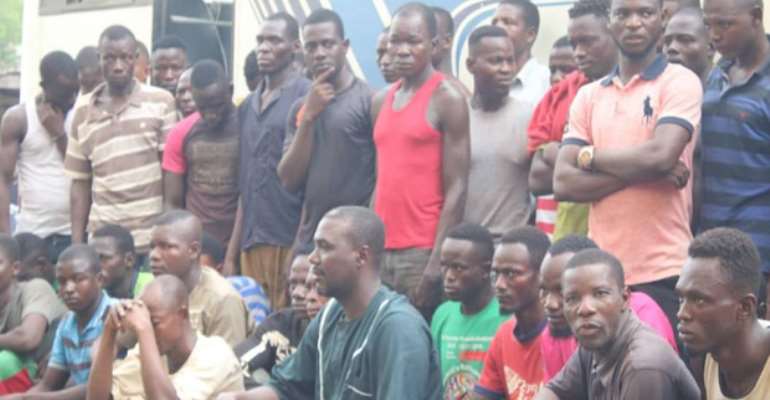 A JOINT operation by Immigration personnel and the Mpohor District Security Council in the Western Region, has led to the arrest of 59 foreign nationals together with nine Ghanaians in illegal mining operation at Adumbanso in the district.

The illegal miners were arrested on Tuesday dawn by the Immigration Service personnel from different locations and assembled at Adumbanso in the Mpohor district.

Assistant Commissioner of Immigration, Beatrice Okpoti, who confirmed this to DGN Online, said the 59 foreigners were from Burkina-Faso, Benin and Niger.