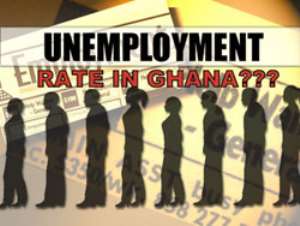 When the wise built more educational infrastructure from basic to tertiary to absorb part of the deficit in educational infrastructure and ancillaries (E-Blocks SHS, UG Medical School, Millennium Schools); the good-for-nothing lazy government proposed a shift system where school children of SHS will be attending school after every 3-4 months break.

When the wise visits Pastors with conscience (Agyin Asare ) to advise them on how to disband vigilantès; the impotent one including his spiritual father Bempah specializes in vigilante terror, even attacking journalists in Radio stations (Radio XYZ).

When the competent one produced a number of power badges to supplement our hydro-power to solve the intermittent outages; the useless one imported generators, failed to maintain the badges and failed to pay fuel suppliers, hence DUMSOR.

When the wise invited all economic brains to Royal Sechi hotel, and was also engaging in revamping industries to keep the economy developing (production); the empty head arrogantly rejects all calls for consultations, but ready to inject more Cedi into the system (Cedi depreciation).

When the wise is planning on making Ghana more peaceful and safer for political democracy to thrive; the wayward War Lord keeps training 1000s of armed militia to terrorize innocent Ghanaians at the polls, as happened in Ayawaso West Wuogon...the Castle EYE GROUP in mind, also the Cape Coast Elephants.

When the wise one is crying for the underprivileged, the aged, the school children, women and disadvantaged persons in society for what to eat, where to sleep and what to wear; the evil mind keeps pumping state cash into his family member's businesses, and into purchasing guns for party militia and paying them from same source.

Never again!
The calm aspect of the opposition is dead and gone!

New instincts are up! The readiness is deep!
"The kingdom of God suffered violence, and the violent took it by force"...it is a pending prophecy.

"There are many ways of killing a cat". Dr. Kwabena Agyei (late)

The best way to defend is to attack. Arise for CHANGE!

Rise up and be counted.
I, therefore, call for the People's Power and People's Revolution!