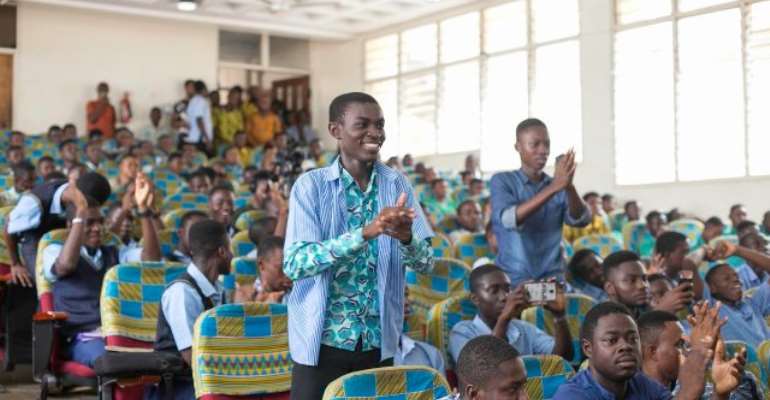 Named after the revered ruler of the Ashanti Kingdom, there was a lot at stake for Osei Tutu Senior High when they took their turn for the qualification to the prelims of the National Science and Maths Quiz 2019 (NSMQ).

The Akropong-based school lived up to expectation on Friday as they fought off stiff opposition from Adanwomase SHS, Namong SHTS and Ofoase SHS.

The sum of all their opponents’ points was not close to the 44 points of Osei Tutu SHS.

Adanwomase SHS score 17 points to snatch the runners’ up spot while Namong SHTS who were second runners’ up finished with 16 points.

Ofoase Senior High School in the Ofoase Ayeribi constituency could only collect a single point after four rounds.

Osei Tutu SHS have earned a chance to reprove their might after the disaster of 2018.

They scored the highest point in the prelims of 2018 but were easily shrugged off by Cape Coast giants, Adisadel College at the one-eighth stage.

After their victory, there are only two slots left for the Ashanti region.