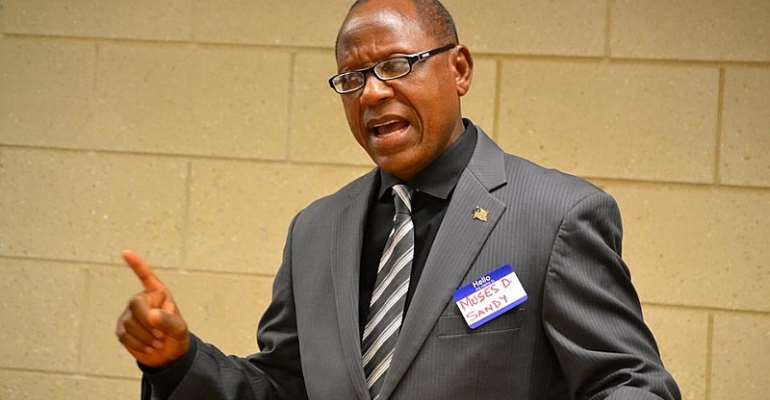 New Castle, Delaware- The Association of Liberian Journalists in the Americas (ALJA) says it welcomes the swift and robust action taken by the Liberian government in bringing to justice the alleged perpetrators linked to the missing 16 billion Liberian dollars scandal in the country. But the Association is cautioning the government against acts that insinuate selective justice in how the matter and the unaccounted-for US 25 million dollars mop-up exercise are being handled.

ALJA says the recent arrest and detention of five current and former executives of the Central Bank of Liberia (CBL) including former Governor, Milton Weeks, and Deputy Governor, Charles Sirleaf, for their alleged roles played in the missing 16 billion Liberian dollars scandal is praiseworthy, but it is calling on the Weah administration not to limit the ongoing fight against corruption in Liberia to the accused.

In a press release issued on March 4, 2019, ALJA urged President Weah to muster the courage in taking similar actions in bringing to justice Liberia’s Finance and Development Planning Minister, Samuel Tweah and others, implicated in the mismanagement of the government’s US 25 million dollars mop-up exercise. ALJA insists if the ongoing prosecution of the CBL executives for alleged economic crime is to be seen as credible and impartial than, the need for Minister Tweah and others, who implemented the mismanaged mop-exercise to face justice cannot be overstated.

The Association said beginning July 2018 to October 2018, the Finance and Development Planning Minister as chairman of the Liberia Economic Management Team (EMT) in collaboration with the CBL authority reportedly supervised the physical purchase of Liberian dollar banknotes from local businesses and foreign exchange bureaus in keeping with the government’s mop-up initiative, which focused on the rejuvenation of the Liberian economy through the elimination of excess Liberian dollars from the market.

However, ALJA quoting the US based Kroll Inc, a Division of Duff and Phelps’ recently release Scoping Report: Independent Review Regarding Allegations of the Disappearance of New Liberian Banknotes, maintained the Minister and the CBL authority reportedly executed the US 25 million dollars mop-exercise without a clearly documented strategy as to how the money was spent.

The Association said while it acknowledges and supports the prosecution of the arrested and detained CBL executives for their complicity in the missing 16 billion Liberian dollars scandal, it strongly believes the Finance and Development Planning Minister and other linked to the US 25 million dollars mop-up exercise, should also, be investigated and made to fully account for how the people’s money was spent.

The Americas based Liberian journalists quoting the legal maxim “He who comes into equity must come with clean hands," said it sets a bad precedent for the CDC led government to focus solely on the prosecution of former Governor Weeks, Deputy Governor Sirleaf and the other accused while ignoring the indicated failure of Minister Tweah and the others to account for the US 25 million dollars used for the Weah administration professed mop-up exercise.

Meanwhile, ALJA is reminding President Weah that if his pronounced fight against corruption and dishonesty in the public sector is to be taken seriously then he must begin to hold all public officials accountable, especially those linked to acts that are inimical to the peace and stability of Liberia. “Mr. President, you can’t fight graft by cherry picking in terms of who gets prosecuted or not when economic crimes are committed by government officials,” the ALJA press release quoted the Association’s National President, Moses D. Sandy, as saying.