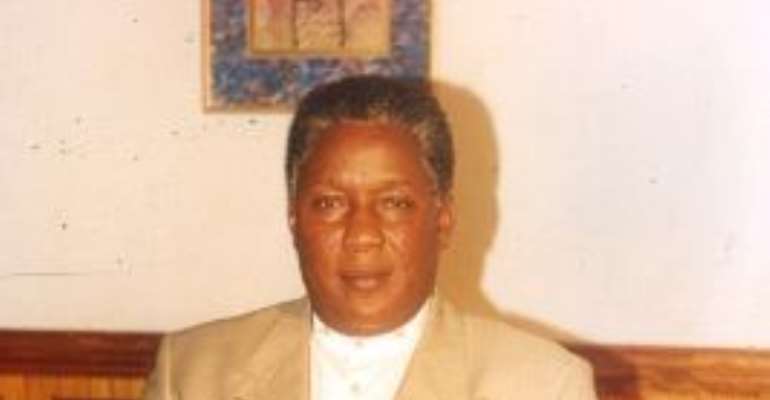 The Member of Parliament for Ningo Prampram, Enoch Teye Mensah has instituted a court action against a cartoonist, Akosua of the Daily Guide newspaper over an alleged libel.

Mr Teye Mensah who is also the vice chairman of the NDC is suing the newspaper over a cartoon that appeared in the August 30, 2005 edition of the newspaper, which he claimed was unfavorably depicted.

Even though the cartoon did not mention his or any one's name, ET Mensah claims, the whiskers drawn on the effigy if a sheep, resemble his own tribal marks and his person.

He is therefore seeking general damages and a perpetual injunction, restraining Akosua and by extension the Daily Guide from publishing further libellous items against him.

According to the Ningo Prampram MP, the imposition of what he considers to be his head on the body of the sheep was inappropriate.

ET's write claims that “ on Tuesday, 30 August 2005, Western Publications Ltd printed and published on the front page of the issue of that day No.507 of the Daily Guide, an effigy of the plaintiff (ET) grafted into the body of a sheep and drawn by Akosua.

The writ continues” the sheep with the effigy of a plaintiff, super-imposed on it is following President Kufuor and with the following dialogue between the President and plaintiff.

Mr Mensah alleges or claims that the cartoon in question refers to him in person because his tribal marks were conspicuously depicted on the face of the sheep with his constituency, Ningo Prampram, inscribed in the background of the cartoon.

The plaintiff complained that the cartoon is suggesting that he was not only “sheepish nut foolish” and has sycophantic traits and therefore, unfit to hold any office.