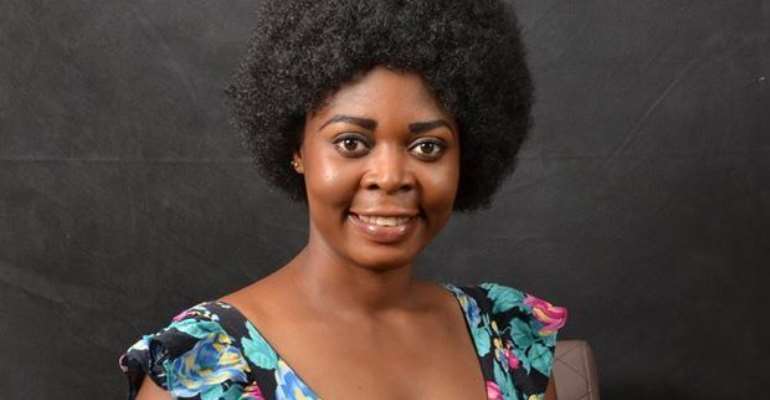 Abronye DC in his petition to the police CID, want Joyce Dzidzor Mensah arrested, interrogated and further prosecuted in accordance with the provisions in the Criminal Code1960 (Act 29) on grounds of making a false declaration and deceiving public of being HIV/AIDS positive.

Abronye DC explained that Joyce Dzidzor Mensah subsequently made a false declaration and further misrepresented herself as being an HIV patient so as to fall within the ambit, scope and requirement of the Ghana Aids Commission.

In 2011, the Ghana Aids Commission decided to embark on a campaign to reduce stigma and discrimination suffered by persons living with HIV in order to provide a human face to HIV. The campaign was dubbed The ‘’Heart to Heart’’ Campaign.

The key requirement for ‘’ Heart to Heart’’ Ambassadorial duty, was for ‘’the person to be HIV positive, and on treatment’’.

In 2011, she signed a contract with the Commission as an AIDS ambassador but the contract was however terminated by the commission on or about November 12, 2012 on the grounds of breach of her terms of contract.

As part of her contract as AIDS Ambassador, she received several benefits and incentives from the commission which inherently came from the state. Which include a fully furnished apartment and travel allowances among others.

However, Joyce Dzidzor Mensah herself has publicly published her HIV status which indicates that, she is free from the infection. Making such false declarations is in contravention and in violation of section 248 of the Criminal Code, 1960 (Act 29).

Kwame Baffoe Abronye stressed the actions of Joyce can be said to have amounted to fraud provided for under section 16 of the criminal code and therefore should not be allowed to go freely.