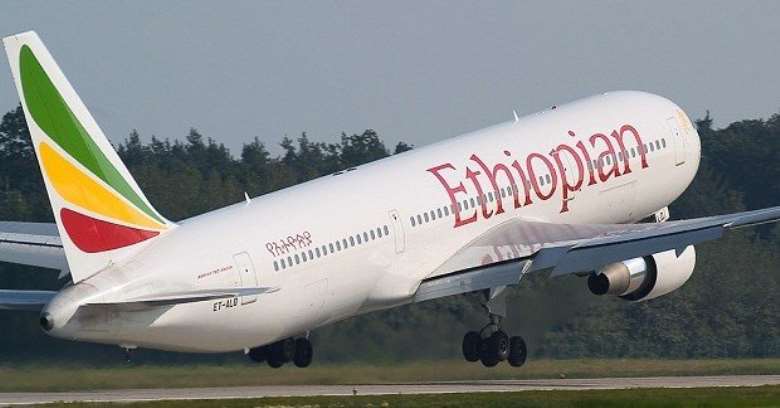 The award was handed to Ethiopian for being the first airline among top ten cargo operators to Guangzhou Bayiun International Airport.

Ethiopian Airlines, the largest Aviation Group in Africa and SKYTRAX Certified Four Star Global Airline, has the largest share, over 11%, of the total international cargo transportation at Baiyun International Airport in Guangzhou.

Receiving the award, Group CEO of Ethiopian Airlines, Mr. Tewolde GebreMariam, remarked: “We are very honored that Guangzhou Airport has recognised us with this prestigious award.

“Ethiopian Cargo & Logistics, which operates 9 ultra-modern Boeing 777 Freigthers, each with 100 tons uplift capacity, is facilitating trade flow between Africa and the rest of the world, thereby contributing to the economic development of the continent,” he added.

He stated: “In particular, it [Ethiopian Airlines] is playing an important role in the success of the China One Belt One Road Initiative by availing critical air infrastructure that is boosting cargo export and import between Africa and China. I wish to thank all my colleagues at Ethiopian Cargo & Logistics for this well-deserved recognition and encourage them to work even harder to support Africa’s economic transformation.”

Ethiopian won this award for the second time in a row outperforming competitor airlines by transporting 38,800 tons of import and export cargo to/and from Baiyun International Airport in Guangzhou in 2018 alone.

Betting is hurting our game, players and team officials are ...
16 minutes ago