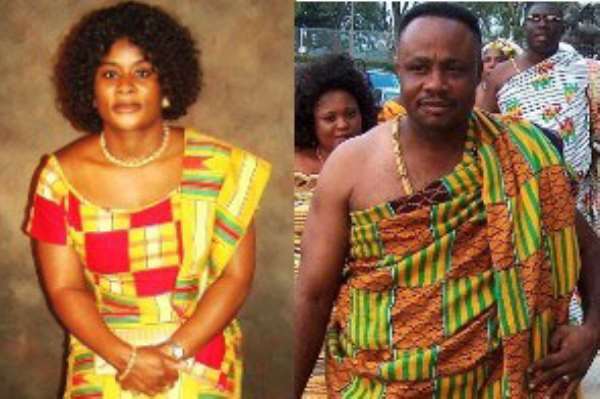 The Asanteman Association of Chicago went to the pools on November 20th 2005 at 9204 S Merrill and elected new officers for a two year term. The new chief elect, who will also serve as the president of the Organization is Nana Addae Baffour(Jerry) 46..

He defeated his predecessor, Nana Akwesi Addae by 59 to 34 votes. The keenly contested elections saw supporters of both candidates soliciting for votes till the last minute of voting. Talking to the newly elected President and Chief of Asantes in Chicago after the elections, he told Ghanaweb that he will work hard to unite members of his organization and reach out to Asantes' who are not yet members of the Association.

The contest for the Queen of Asanteman Association, Nana Hemaa Abena Amponsah, the current Asantefouhemaa in Chicago, trashed her challenger and former Queen, Ohemaa Agnes Akotuah by 76 to 16 votes to retain her position.

There was wild jubilation and cheers after Nana Owusu Ansah, the chairman of the electoral Board, announced the winners to the gathering.