A chateau in France as an affordable Christmas gift 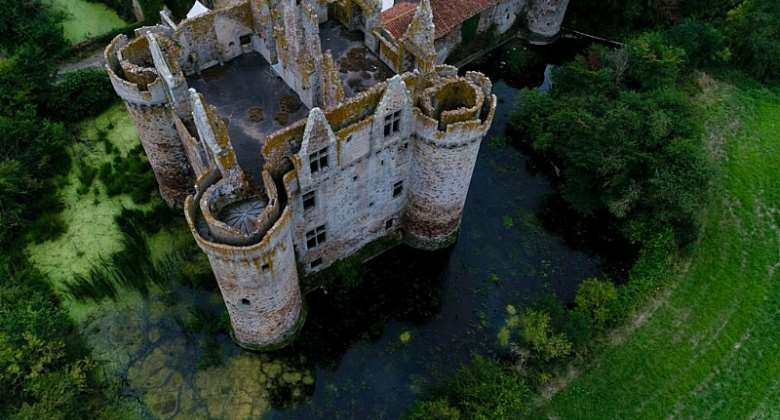 For 50 euros, or less than 60 dollars, one may earn the title of "chatelain" or lord and become part-ownner of a medieval chateau in France. One way to buy a dream or acquire a piece of history or giving a Christmas gift bound to be out of the ordinary. At the same time working towards the preservation and restoration of a historic medieval monument.

The Château fort de l'Ebaupinay , a 14th century fortified castle in western France, is in ruins and up for sale through a crowdfunding campaign organised by Dartagnans, a French startup specialising in the preservation of historic heritage.

Dartagnans , named after the muskeeters, managed to gather over 880,000 euros from 9,000 people across the world. The money collected will serve towards, first buying the property and then proceed with the restoration using medieval techniques. The Chateau was burnt down during the Vendée wars in 1796 and needs considerable repair.

What comes with the title
The co-owners of the forified castle earn the glamorious title of "châtelain" or lord. They will also enjoy free entrance to the chateau for life and will have a say in the castle's future through a voting system on an online platform.

"When you do such a thing, you buy a little bit of dream, a little bit of history and this is what makes people want to join this crowdfunding campaign," explains Romain Delaume, co-founder of Dartagnans.

Besides people in France, the two other most enthusiastic donors are from the United Sates, all 1,600 of them followed by 700 British. And people as far as New Zealand.

Saving historic buildings in France and beyond

Ebaupinay is not Dartagnans' only project, they completed a successful campaign last year with the Château de la Mothe-Chandeniers, 45 km away from Ebaupinay Château. The company is currently working on 40 projects ranging from churches to castles both in France and overseas.

In Cambodia, Dartagnans is working towards the restoration of an Art Deco cinema hall in Kampot from the French colonial era. In Armenia, it is working on the archeological site of Ererouyk and a Basilica as well as the village of Anipemza . In Belgium, it is involved in the restoration of the Château d'Havré .

Latest Photo Reports
Catch up with all the political quotes from our politicians.
Advertise here
More from France
ModernGhana Links
France tightens grip on motorbike 'rodeos' after teen dies in Marseille
After months of wildfire, France told to brace for floods
Volunteer firefighters under pressure as France battles historic wildfires
TOP STORIES