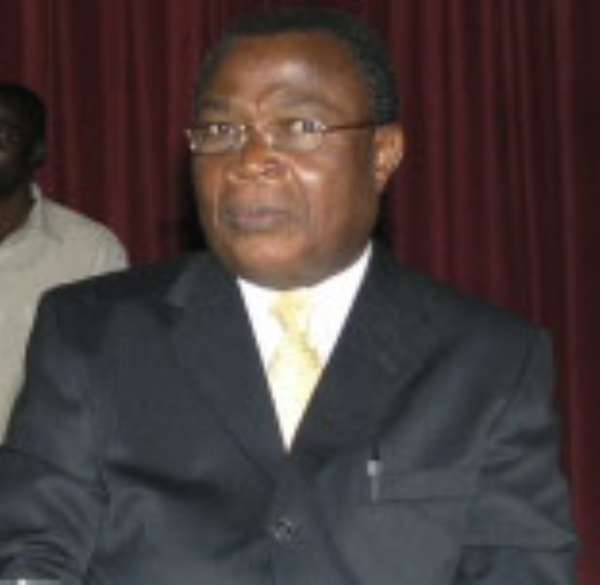 Accra, Nov. 18, GNA - Mr Justice George Kingsley Acquah, Chief Justice on Friday expressed the judicial service determination to track down staff who continue to engage in corrupt and dishonest practices. "I have said very often that the staff of the judicial service are the cause of corrupt and dishonest practices leading to the wrong perception the public have about the service." He reminded staff that the campaign against corruption and anti- social activities were on going and pointed out that the demand for monies in the name of judges, collection of unauthorised filing fees, forging signatures of senior administrator on court documents, deliberately hiding dockets were serious offences. Mr Justice Acquah gave the warning when he commissioned the newly built Madina District Magistrate Court complex in the Ga East District Assembly. The court complex put up by the Regional Coordinating Council, Ga East District Assembly and the Judicial Service would serve Madina and its environs. The Chief Justice said: "staff are in deed the problem in building up a good image of the service" adding, "you should live beyond reproach and work hard to redeem the image of the service." He therefore appealed to the public to assist the service in exposing corrupt and dishonest staff that were running the image of the service down. The Chief Justice said due to certain behaviours of staff, it has therefore decided to hold annual Chief Justice Forum to address concerns of the public. Mr Justice Acquah mentioned gross misuse and abuse of judicial power by magistrates as some of the complaints his office had received. "The magistrates are alleged to be in the habit of ordering parties to prostrate in court: remanding in prison custody defendants who plead not liable to claim, especially in liquidated claims, ordering defendants in such claims to pay the debt at a time when the said defendant's plea had not even been taken: on the whole harassing, intimidating and bullying parties before them." He said such misuse of judicial power was affront to the dignity of justice and urged those involved to halt it immediately. On the state of the courts, Mr Justice Acquah said the service needed massive injection of funds in order to house most of the courts. He said in Accra alone, the city needs about 25 magistrate courts "but currently there are only seven .... Mr Justice Acquah therefore, challenged districts assemblies to put up needed court houses so that the Judicial Service could provide manpower to run them thereby improving administration of justice at the level of the ordinary person. Mr J. Ayikoi Otoo, Minister of Justice and Attorney General recalled the numerous complaints by litigants against court workers and asked staff to conduct their affairs without any prejudice. Mr Shiekh Ibrahim Cudjoe, Greater Accra Regional Minister, said the upsurge in crime, especially armed robbery had been a matter of great concern to government and citizenry.
He urged the law enforcement agencies to use the courts to ensure that justice was dispensed expeditiously. Members of the bench and the bar were present.