Spearheading And Advocating For Peace, Development & Leadership Agenda On The Roadmap To Peace In Dagbang. 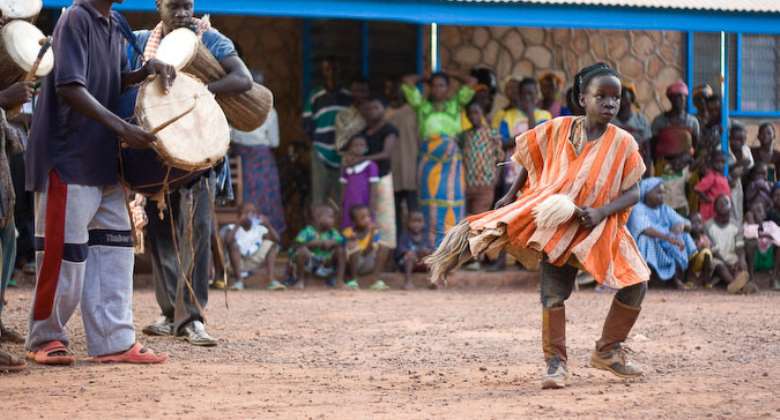 Look around you. Have you seen most relatives, family members, some community leaders, some staunch opinion leaders living in our midst for 24/7? Aren’t they part and constitute the core fabric of the community’s sustenance and development? Why do they choose to happily live in other parts of Ghana and visit occasionally?

Look around you. Can you see the horror of peace in the looks of people? What about the cries of innocent children and that of pregnant women! Can’t we sympathise with them and allow peace to reign? Could you sit down and ponder over the loss of a beloved relative just in the name of chieftaincy dispute? Why can’t we be the champions, advocates and front-fighters to drum-home peace to DAGBANG? Would it cost us to be peace advocates?

Fellow Dagbamba, let bygones be bygones. We have come to a point where we need to forgive, forget, hug one another and smoke the peace pipe. We are at a stage where we need to bury our differences and move together as one people with common destiny to realising the loss glory. We need to celebrate what unites us rather than what brings us apart.

The performance of the funeral rites of the late Yaa-Naa Mahamudu Abdulai and Yaa-Naa Yakubu Andani II, would be a stepping stone for Dagbang’s march to lasting peace. This, no doubt, has over the years deepened the feud between the Abudus and Andanis. The Committee of Eminent Kings must be duly acknowledged for bringing lasting peace to Dagbang. From the Committee’s final report on the performance of the funeral rites of the late Yaa-Naas, the Abudus are to begin with the funeral of Yaa-Naa Mahamudu Abdulai IV from December 14 to 28, 2018 and would be followed by the funeral of the late Yaa-Naa Yakubu Andani II from January 4 to 18, 2019.

We, as Dagbamba, are all at a shame for this protracted and bitter dispute that continue to derail the peace and developmental progress of the Dagbang territory. As it is to say, “Where there is peace, there is development.” We cannot as Dagbang, continue to blame government and policy makers for our developmental woes when we cannot make peace with each other. Neither can we blame government for poor infrastructure, poor roads and the neglect to directing investors to Dagbang territories and help foster development just like our sister areas in the southern sector of Ghana. This is simple as peace and development are compatible whiles the incompatibility of peace and war are likened to the distance between the heavens and earth. This is the time to give peace a chance to reign and to reposition Dagbang to its proper place on the national developmental ladder.

The reality to peace is seeing ourselves as one Dagbamba from the same ancestor, the reality is to seeing both the Abudus and Andanis as one people with common ancestor whose agenda were for uniting families who cannot see each other eye-to-eye, whose agenda were to uniting and brokering peace among tribes and inter-tribes. We must be ashamed of ourselves for losing that core agenda that our ancestors left us. We substituted the values and morals left us to continuous infighting, exposing ourselves to the whole world and revealing sacred secrets that must have remained within us as proud Dagbamba.

In this world, we either make peace or we are out of the developmental race that all inhabitants fight for its people, we either make peace within us or we forget of any form of good yielding and beneficial investment within the Dagbang terrains, we either make peace or we continue to live in the best shackles of poverty, of poor sanitation and poor health facilities. For now, the whole world is looking at us as Dagbamba in our forward march to reclaiming our loss glory. Let us be committed to this journey by joining hands to make this successful and worth remembering; in that our loss glory would be reclaimed and glorified.

It is not too late to change Dagbang. We cannot deny the fact that we as Dagbamba were the ones constantly shaping the dispute. We can still make Dagbang a better place if we are committed to this Roadmap to Peace. So why not to create good instead of evil? Why not to make peace instead of war? Why not to spread peace, love and compassion instead of hate and arrogance?

Ponder over these questions, and no doubt, you will truly find appropriate answers. And we will only find answers to those questions if we dispel the dust of evil, war and hate from our hearts.

He who wants peace, Allah is with you- and to the war contractors, you are the angels of Satan.