...The Financial Times list was announced two weeks ahead of the fourth Tech in Ghana Conference to be held in Accra on 27-28th November 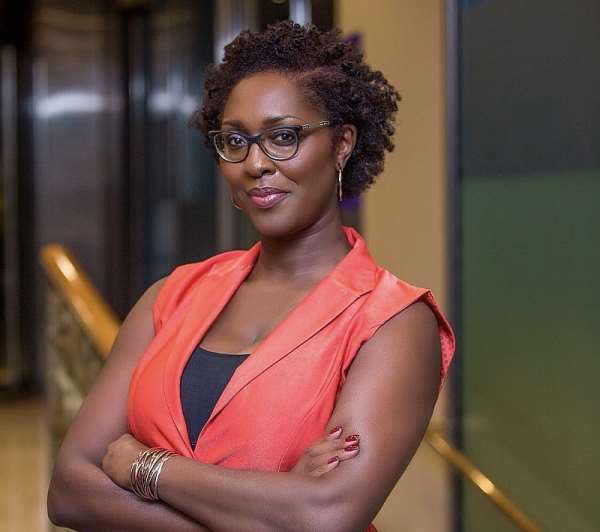 LONDON, England, 15th November 2018 - Akosua Annobil, founder of the Tech in Ghana Conference and AB2020 (AfricaBusiness2020.com) has been announced as one of the top 100 most influential Black, Asian Minority Ethnic (BAME) leaders in the UK tech sector.

The list, compiled by the Financial Times (FT) and board appointments firm Inclusive Boards, was released this week (14th November) at the House of Commons in London as part of the official launch of a new membership body; Inclusive Tech Alliance (ITA).

This is the first time the FT and Inclusive Boards have published a Top 100 list of black and minority ethnic leaders in technology. Those featured include senior leaders from Facebook, LinkedIn, IBM, Twitter and financial services firm EY.

Founder of the ITA, Samuel Kasumu, who is also a member of the UK Prime Minister's Race Disparity Advisory Board said: ‘Technology is increasingly playing an important role in driving our economy and there is a great need to ensure that everyone can fully participate in the jobs and opportunities technology brings.

‘Akosua and others featured in this list are role models that will inspire the next generation, and hopefully help to improve diversity within the sector.’

The Top 100 list was revealed just two weeks before the Tech in Ghana Conference returns to Africa for its second Ghana-based event on 27th and 28th November at the Accra Digital Centre.

Akosua founded AB2020, a communications company focused on connecting Africa’s dynamic, global business community, in 2015. The following year, she conceived Tech in Ghana, held twice yearly in London and Accra, and the event was officially launched by the UK Prime Minister’s Trade Envoy to Ghana Adam Afriyie in February 2017.

The platform has since featured over 150 tech companies and startups, and key industry and government speakers. Akosua says: ‘The objective of Tech in Ghana is to showcase the innovation taking place throughout the country; and that includes all players and participants in the ecosystem, irrespective of the location where they’re based because ultimately; a diverse network is a strong network.

‘I’m humbled and grateful to be included in the UK’s Top 100 Black and Minority Ethnic Leaders in Technology list. I have no doubt the tech sector will continue to be a catalyst for inclusion across the world.

Operating under the theme Local Focus, Global Reach, the upcoming Tech in Ghana Conference will focus on new areas such as businesses scaling internationally, digital growth outside of Accra, and tech’s impact on entertainment.

Akosua adds: ’In addition to our usual mandate of bringing key players and influencers together to collaborate and share knowledge, this year’s event will also focus on the increasing amount of activity and entrepreneurship taking place outside of Ghana’s capital Accra.

‘Tech in Ghana is tailored for those who are interested in networking, finding new customers, and keeping up-to-date with the latest trends and opportunities in the country.’ 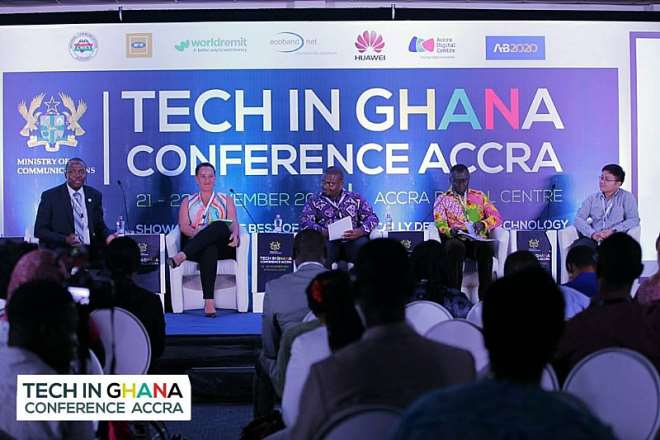 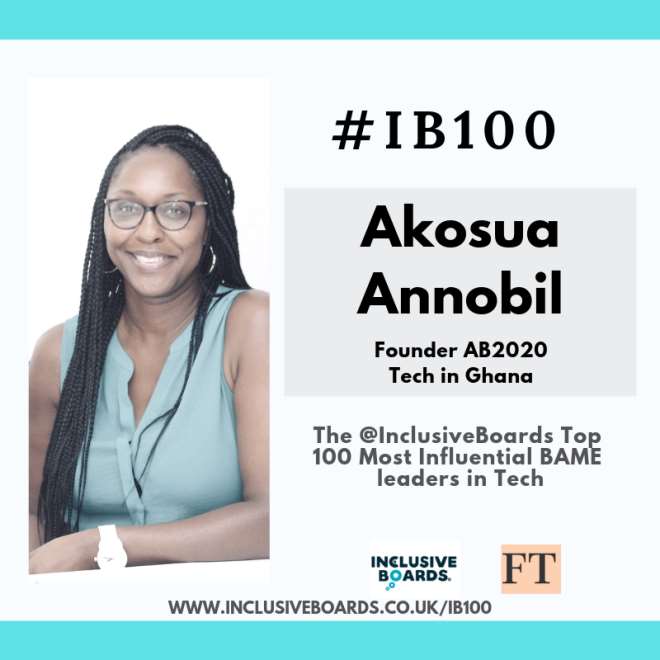 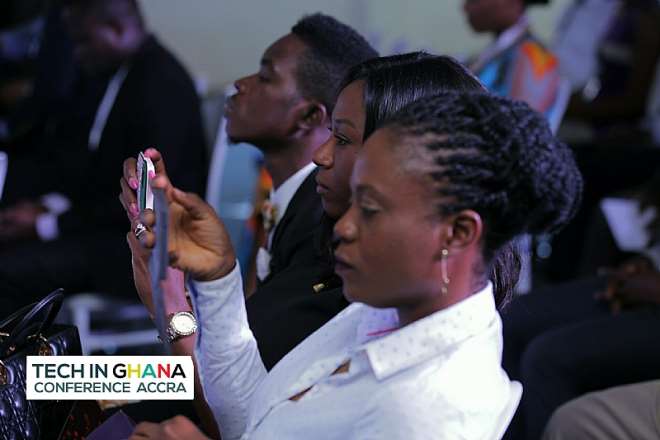