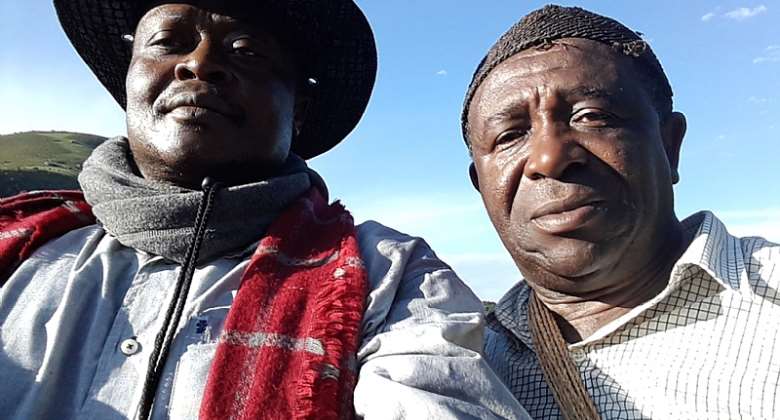 Every once in the history of the Cameroons, the English speaking populations challenge the dysfunfunctional state of events in the country. In my mature life, I have been witness to two of these trying periods; the launch of multipartism of the 1990s and the on going restoration of the independence of Southern Cameroons.

The BIYA regime has been so buffeted by these trying periods, and Anglophones have produced magicians, rallying to the rescue and safety of a moribund and lethargic stateless system. In the 1990s, Peter Agbor Tabi and Peter Oben Ashu dared Anglophones rejecting the crushing and oppressive policies of Cameroun geared at marginalizing and assimilating the Englishing speaking minority. Many Anglophones who resisted these two were disappeared and others imprisoned. Then, Peter Agbor Tabi wielded much power like Paul Nji Atanga today.

Paul Nji Atanga is assuring BIYA that in spite all the odds, the Anglophone restoration movement would be crushed. Like Peter Oben Ashu in Buea in the 1990s, Patrick Esunge Ekema is today blaming settlers and reassuring BIYA that even if he wished to negotiate with perceived terrorists and secessionists, he should allow him and Paul Nji Atanga to crush the terrorists.

On the ground, restorationists are going block by block and securing every inch of Ambazonia.

I just travelled through Momo Division. Ambazonians patrol all the hills and valleys unchallenged. WIDIKUM, Batibo, Andek, Njikwa and Mbengwi Subdivisions are 99 percent acquired to the newest Ambazonia nation. Mbengwi, the capital of the county is the symbolic one square kilometre the Amba boys have vowed to take within days. Lebialem, Meme, Ndian, Manyu and Kupemuanenguba divisions have all passed to the control of the restorationists.

Time to ask Yaounde what it thinks it would gain by believing bloodhounds like Paul Nji Atanga and Patrick Esunge Ekema. Mr. BIYA and his fellow occultists must realize their crystal ball has blurred with the blood of the innocent people they have killed across the land.

My travel across Momo culminated with the internment of 104 years old Pa Lucas Tah in Ngamugu. Living modestly and honestly, not counting on Yaounde, Lucas survived many challenges the young folks being killed are refused, for simply refusing to continue under a doomed fraternity of bloodletting and oppression. Amba boys are ready to reject every enticement (beer, money and positions) from Yaounde.

Hope the grandmasters from all the ORDERS worshipped by BIYA and his fraternity have told him their champagne party is over. We who read the lunar calendar have warned, severally of the end of a regime, which is bereft of LOVE, TRUTH and Justice.

Police set aside GHS2k reward for anyone with information on...
1 minute ago

Alan is the only one in NPP who doesn’t contradict himself —...
18 minutes ago