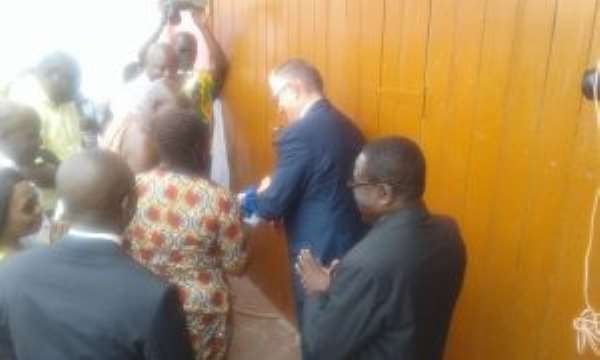 Fan Milk, the leading manufacturer and marketer of ice cream and frozen yoghurt in Ghana together with its partners, have inaugurated a brand new waste and plastic sorting centre in Tema New Town, a suburb of the Tema Metropolis.

According to the project implementers, the sorting centre is an integral part of the development of a ‘Pick it project’, which is an inclusive recycling project aimed at adding value to plastic waste in the country.

According to NESSAP 2010 report, It is estimated that 12,710 tons of municipal solid waste are generated per day in Ghana, 14 percent of which is plastic. These it says represent potential economic opportunities untapped. 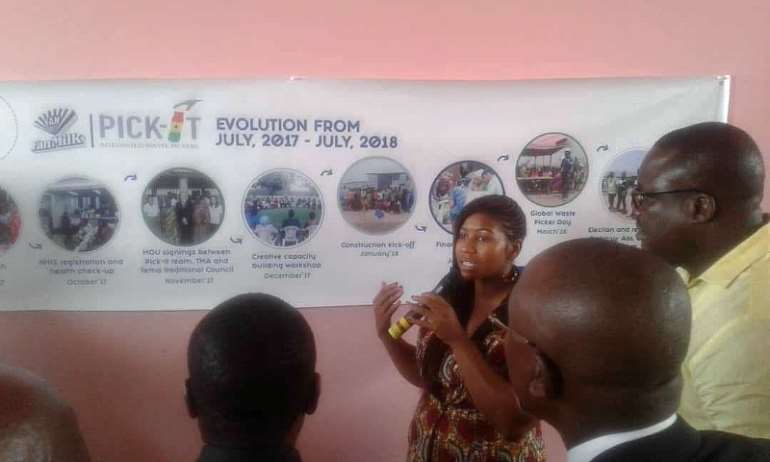 The Managing Director of Fan Milk Limited, Stephene Couste, noted that the new sorting centre will support waste pickers from two neighbourhoods, Tema New Town and Kpone landfill, where it is estimated that by the end of 2019, the sorting centre will be collecting and recovering about 25 tons of plastics per month, which is equivalent to 30% of the total volume of packaging generated by Fan Milk in Ghana.

He said adequate support will be given to the waste pickers to ensure that the overwhelming plastic menace is addressed.

The Metropolitan Chief Executive of Tema, Felix Mensah Annang Nii La, on his part congratulated Fan Milk for building the facility in Tema as well as introducing the ‘Pick it’ project which will ensure the collection of plastic waste and rubbers from the streets.

He promised to follow the progress of the sorting centre and ensure it receives the necessary support it deserves from the Assembly.