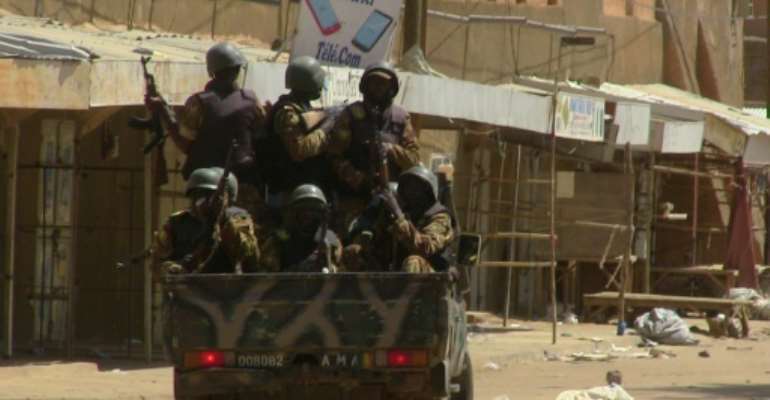 The latest clashes between Malian troops and jihadists highlight the fragile security situation in the West African nation as it prepares to hold elections on July 29. By SOULEYMANE AG ANARA (AFP/File)

Malian troops killed 11 jihadists who had ambushed them in the centre of the country, in clashes that also left one soldier dead, the defence ministry said.

Armed Tuareg groups supporting the government also reported assailants executed more than 20 people on Friday in a village in the northeast.

The attacks highlighted the fragile security situation in the West African nation as it prepares to hold elections on July 29, in which President Ibrahim Boubacar KeÃ¯ta is seeking a second term.

A army patrol was ambushed by "terrorists" on Sunday morning in a forest in the central region of Segou, the ministry said in a statement.

The patrol suffered "one dead and one wounded. On the enemy side, we counted 11 dead".

In a separate incident on Friday, "armed men" attacked the village of Tindinbawen, near the border with Niger, according to a joint statement from the Imghad and Allies Tuareg Self-Defence Force (Gatia) and the Movement for the Salvation of Azawad (MSA).

The "attackers proceeded to summarily execute more than 20 people including elderly people and at the same time some members of the security post of the coalition", the statement said.

Mali's unrest stems from a 2012 ethnic Touareg separatist uprising, which was exploited by jihadists in order to take over key cities in the north.

The extremists were largely driven out in a French-led military operation launched in January 2013.

But large stretches of the country remain outside of the control of the foreign and Malian forces, which are frequent targets of attacks, despite a peace accord signed with Tuareg leaders in 2015 aimed at isolating the jihadists.

The violence has also spilled over into both Burkina Faso and Niger.