Why we are leaving TOR - worker 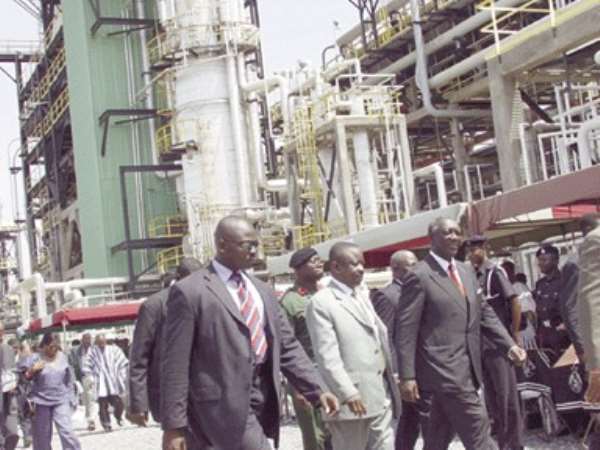 The Tema Oil Refinery (TOR) is NOT down due to maintenance, as stated by the Public Relations Officer(PRO), Mrs Aba Lokko, in the news item “Brain Drain Shuts down TOR?” It's down because the qualified workers at the plant are leaving in droves. No worker at the plant earns $1000 apart from the Managing Director and his General Managers. It must be recalled that the PRO claimed some workers make $2600. That is a complete fabrication I work at the plant and as at Friday, 23 September, no part of the plant had developed a fault. And no maintanance request has been sent out, as will be done if there was a fault. The plant was shutdown due to lack of personnel, i. e. the technicians were no more there to operate it. In the last 4 months, over 42 highly trained and experienced workers have left the plant to seek greener pastures This has even affected our Power Station Department, which has also been affected with the same problem. A new boiler, which is under construction, will probably have to be aborted, because those trained to operate it have all left the country. It can only get worse because more experienced personnel are planning to leave. A conservative estimate puts that number at 34. Most have already finished their preparations and will be leaving by the end of this month Besides the salaries, workers are blaming the atmosphere of fear created by the despotic, arrogant and imperious Managing Director Dr. Kofi Kodua Sapong. Upon hearing rumors that the workers are leaving, he called a meeting and insulted the workers and went on to say, anybody who wants to go can go because he has more people to employ. TOR, and for that matter GHANA, has spent a whole lot of money to train these guys only for an individual to cause this mess. The workers were only demanding a 20% increase in salaries. Now they talk about bringing Koreans, who will demand more wages, to take over from the Ghanaians. Why not rather pay the Ghanaian well?