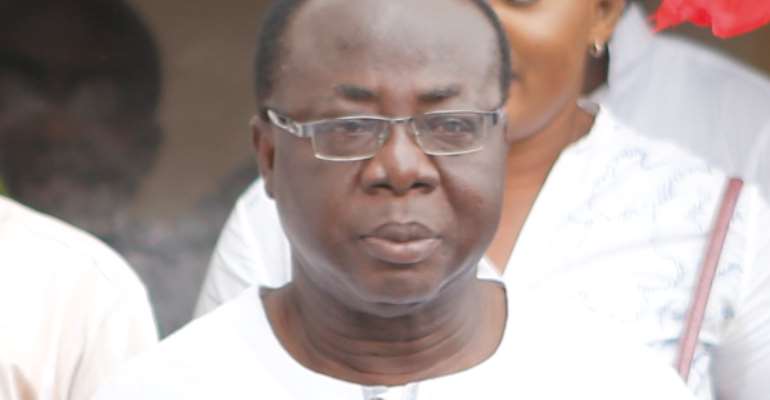 As adults or grown-ups we have or form opinions regarding issues of national/global concern which normally reflect our political value systems. It doesn’t matter which political culture we may find ourselves under or grow up in; literally, all individuals in every society develop their ideologies/political beliefs through complex process termed political socialization. Simply, political socialization is series of actions or factors which play out in the course of people’s lives and help them become politically aware in their socio-cultural environments, and lead them to embrace or form political values/opinions.

Thus, when we talk about this or that person is Nkrumaist or belongs to Danquah-Dombo-Busiah tradition, or describe someone as a founding/loyal member of NDC, NPP, PPP, DPP, PNC, or any other party, in actuality, we are making incursions into political socialization. Political scientists maintain that the reason individuals become who they are politically or ideologically—either on short-term or through childhood till death—is because of the workings of political socialization.

Two or groups of people may belong to or share similar political values/ideologies, yet there is no-one-size-fits-all way by which these people are influenced through the catalysts of political socialization. This implies that two people may consider themselves as loyal or life-long members of one political party in Ghana or elsewhere, but how these two individuals come to settle on their political beliefs may strikingly differ.

It is also worth underscoring that political socialization spreads across people’s lifespan; it is a continuing process. So, one can be strong believer in democratic ideals throughout the larger part of his/her life, and in-the-not-too-distant future ends up as die-hard proponent of socialism. For instance, the late Ronald Reagan regarded as one of icons of American conservatism, used to be liberal democrat in US politics but he left Democratic Party and eventually won two-term presidency on the ticket of Republican Party. Did that mean the late President Reagan could not have been loyal to the Republican Party because he switched from Democratic Party?

Certainly, cases of party crossovers or defections are normal part of human politics, especially under multiparty cultures. More so, people switch parties based on numbers of reasons; and, many of these “defectors” are credible, and turn out to be the most helpful and loyal of all. At any rate, political socialization is influenced by factors such as a person’s family influence, age, school, mass media, region/location, social class, religion, and the like.

Time and space may conspire to discourage any lengthy explanation pertaining to the agents of political socialization at this point. Nonetheless, it is instructive to note that irrespective of how each of us gains perspective on and becomes attached to a political tradition or ideology, we also need to understand that some people’s value systems can change quite remarkably via the confluences of political socialization as individuals grow older. It is also good to know exposure and familiarity play crucial role in terms of how we learn about politics as well as other value regime.

As the example of the late US President Reagan above demonstrates, he was born into Democratic Party tradition. But as time went on and most likely Reagan became more exposed and familiarized with the predicates of conservatism, he realized Democratic Party was not for him; so, he abandoned his liberal beliefs and loyally embraced Republican Party ideals. Remember, political socialization cuts across all societies.

That is why in similar context one can also make persuasive case for the newly-elected national chair of the ruling NPP Mr. Freddie Blay. It is no secret Mr. Blay has been CPPist for decades. Nevertheless, it doesn’t mean he was born carrying the genetic code of CPP. He probably was born into it and through family influences, geographical location, and other combination of factors, Mr. Blay learned to be Nkrumaist. This strongly suggests that embracing particular ideology or party affiliations is not genetically-guided. Rather, it is a learn process that can be unlearned at anytime. Any Ghanaian can move to any other party today and becomes loyal member if he/she wishes to be one.

It is in the preceding light that any NPP member with no sinister motive should see Chairman Blay. In fact, the narrative that Mr. Freddie Blay can’t be loyal member of the NPP to be elected or entrusted with the party’s national chairmanship is shallow-minded. The last time some of us checked in 2016 Mr. Freddie Blay was the acting national chairman of the NPP; and, his apparent loyalty and genuine effort contributed immensely to the party’s massive victory in Ghana’s last general elections. Undoubtedly, he deserves the party’s substantive chairmanship.

Many of us recall when Mr. Blay became the interim national chairman; the NPP’s future electoral prospects were almost bleak with severe fissures in the façade of the party’s organizational architecture. The NPP was clearly vulnerable nationally. As a former CPPist, Mr. Blay could have colluded with his boyhood party (CPP), including its hanger-on the then ruling NDC party and easily undermined the NPP. But what did he do? He loyally supported and helped then presidential candidate Nana Akufo-Addo, and we all know the success storyline now.

For me as a former youth organizer of the NPP in the Kumasi Manhyia constituency in the early 1990s, if anyone were to ask me about my unsolicited but objective opinion of Chairman Blay’s membership, without hesitation the response would be that he is the most loyal member among Messrs. Paul Afoko, Kwabena Agyepong, and Sammy Crabbe combined. In case this writer is not the right person to make that judgment call, let’s humbly defer that decision to the Most Rev. Dr. Samuel Asante-Antwi (if he will do it) to establish who is or not “loyal” member of the NPP; after all, he was the leading architect; one of the pioneering founders, and the “spiritual father” of the NPP as we speak today. Anybody else can’t make that “loyalty” call.

Bernard Asubonteng a political science lecturer based in US. Send your comments to: [email protected]

The author has 197 publications published on Modern Ghana.