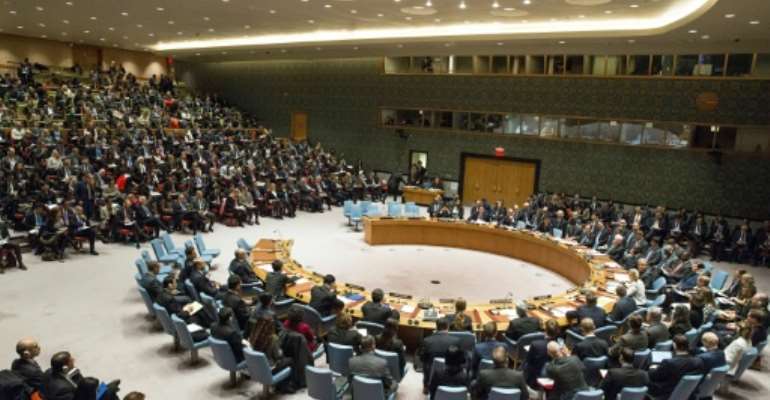 The UN Security Council on Friday imposed an arms embargo on South Sudan and sanctions on two military officials, ratcheting up pressure after the latest diplomatic efforts failed to end nearly five years of war.

The council narrowly adopted a US-drafted resolution with the backing of nine countries. Russia, China and four other countries abstained.

The United States had lobbied hard to win votes for the arms embargo after it failed in 2016 to persuade the council to back the measure and cut off the arms flow to South Sudan.

US Ambassador Nikki Haley told the council that support for the arms embargo will send a message to South Sudan's leaders that "we are fed up with delays and stalling."

"These are the weapons that armed groups used to shoot fathers in front of their wives and children, to hold up convoys of food aid, or to assault women and girls," Haley told the council ahead of the vote.

A draft resolution requires nine votes and no veto to be adopted in the 15-member council.

South Sudan won independence from Sudan in 2011, with critical backing from the United States, which remains Juba's biggest aid donor.

Countless efforts have failed to bring peace to the country now in its fifth year of a war that has seen ethnic killings, gang rapes and other atrocities documented by UN rights officials.

Ethiopian Ambassador Tekeda Alemu, whose country is leading a regional peace effort, opposed the arms embargo, arguing that it could undermine the fragile diplomacy at work.

"Without prudence and patience whatever human rights violations there are today, they could be even worse. Averting the worse is our objective," Alemu told the council.

The resolution expressed "deep concern at the failures of South Sudan's leaders to bring an end to the hostilities" and imposes the arms embargo until May 2019.

Former military chief Paul Malong and Malek Reuben Riak, a former deputy chief of general staff for logistics, were added to the UN sanctions blacklist and hit by a global visa ban and assets freeze.

In the years since, tens of thousands have been killed and millions have been uprooted. Seven million South Sudanese, more than half of the population, are in need of food aid, according to the UN.