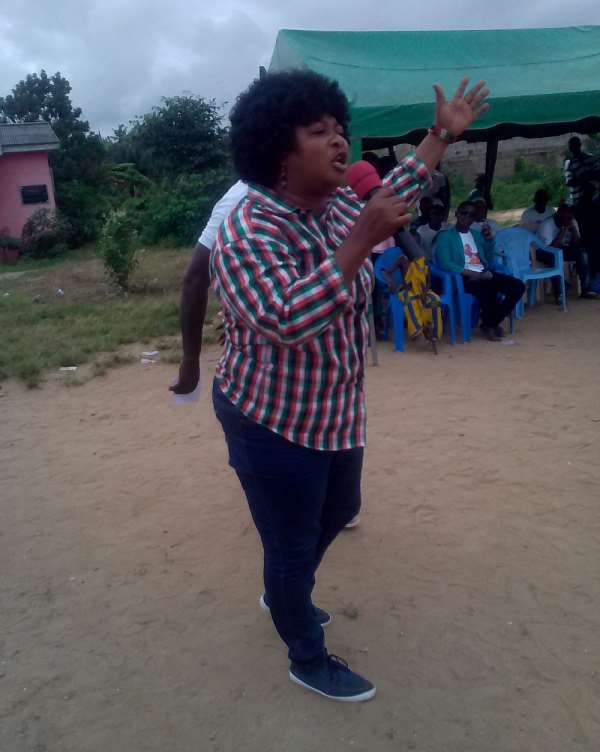 The incumbent National Democratic Congress Women's Organizer in the Ellembelle Constituency of the Western Region, Madam Joana Barikisu Alhassan has been beaten in the constituency elections held over the weekend.

The party held its constituency executive elections on Saturday 23 June 2018 in almost all the constituencies across the country.

In all, 990 delegates voted for 37 candidates that contested 15 vacant positions in the Constituency which was supervised by Mr. Stephen Aidoo, the District Director of Electoral Commission (EC) in the Ellembelle.

The poll witnessed 20 spoiled ballot papers.
Speaking to the Western Regional Correspondent after the elections, the outgoing Women's Organizer, Barikisu Alhassan congratulated the newly elected Women's Organizer for her win.

Barikisu Alhassan pledged to work hard with her if calls onboard.

She also expressed her profound appreciation to all the delegates who voted for her to obtain the twenty-eight votes.

She also added that the victory for the winners is not for an individual by for all NDC members, "No one has won but NDC has won".

Asking whether if God permit in 2022 she will contest again, the defeated incumbent Women's Organizer promised to contest again and recapture the seat.

"Daniel Kaku, let me tell you the truth, my main contender used money to win this election, she gave each delegate GHC100 before they voted for her", she alleged.

She used the opportunity to advise all the newly elected executives to bring all the losers onboard and build a formidable party in the Constituency.

Find below the full names of the newly elected executives