Allow The Word Of God To Transform You--Christians Urged 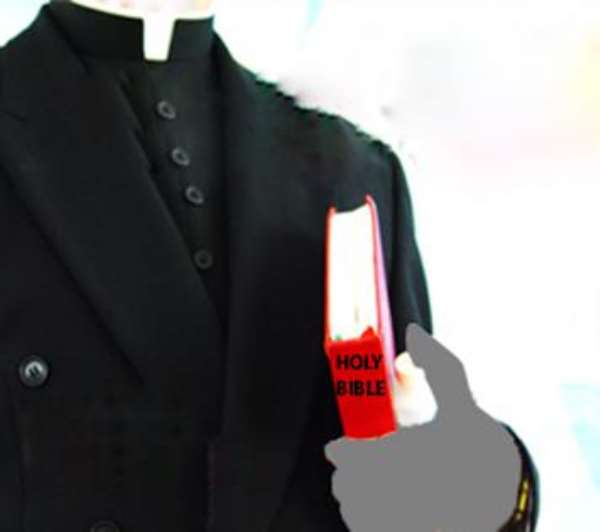 A Founding Father of the Ghana Pentecostal and Charismatic Council (GPCC), the Most Honourable Daniel Kwame Saforo has reminded Christians that it was the word of God that could transform the world and make it an ideal place for humanity.

He therefore admonished the Christian community to study the word of God and allow it to permeate every aspect of their lives.

According to him politicians could not do much to transform the world without allowing the word of God to be their guide.

The Most Hon Apostle Saforo was preaching the sermon during the Laying of a Foundation Stone in memory of the Late Reverend Herman Noah Anang who donated a plot of land for the building of the Calvary Apostolic Revival Church (CARC) at its present headquarters at La in Accra.

Preaching on the theme, "And This Stone Which I Have Set Up For A Pillar Shall Be God's House", he said the Ghanaian society would experience manifold blessings if Ministers of the gospel preached the undiluted word of God to their followers.

He urged leaders of the flock to "fill their churches with saved souls who would inherit the Kingdom of God than lost souls who would experience eternal damnation and lamented that "most Churches continue to spring up but the upsurge in society portrays that not all of them were doing the will of God".

The 94-year-old Founder asked the Christian community to ensure that their salvation was secured than seeking the pleasures of the world at the peril of their souls.

Cutting the tape to unveil the plaque in honour of the Late Rev. Noah Anang, the President of CARC, Apostle Ishmael Anum-Sai who was assisted by Apostle Saforo, acknowledged the readiness and willingness of Rev. Anang to release land for the building of the Church edifice.

Apostle Anum-Sai paid tribute to the building committee and the National Executive Members of the Church towards the realisation of the dream saying the seemingly indiscipline in society was ample testimony that people no longer feared God and charged the Christian community to intensify efforts to stem the tide in society.

He said the Church would continue to reward members who played their respective roles to edify the body of Christ.

The Abokobi Mantse, Nii Samuel Mohenu who graced the occasion, thanked God for making Abokobi a Christian town where the fear of God reigned and prayed that modern day youth would be taken through rigorous training to inculcate discipline into them.

Established some decades ago, the Calvary Apostolic Revival Church has thirteen (13) branches throughout the country to fulfil the great commission.