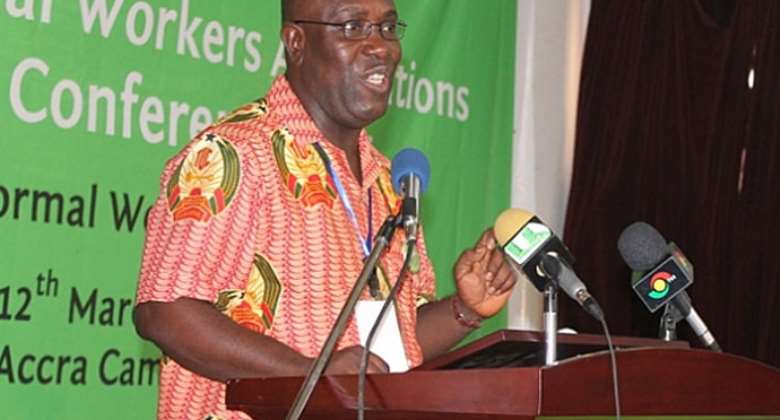 The Nation Builders Corps (NABCO) programme, to be launched today as the country marks International Workers Day, is expected to provide jobs for thousands of graduates in the areas of health, technology and innovation, entrepreneurship, education and agriculture.

TUC said it would back the initiative to ensure its success.

“We've learned from GYEEDA and the rest, and this time, every hand will be on deck. We, at TUC and other Organized Labour, intend to support and make sure it's successful.”

He said “the young people are going to get some experience in the labour market and that will help them get jobs after this conditional employment. If we can sustain it, it means in 2019; we are going to get another 100,000 being trained.”

“It doesn't take one day to clear unemployment. It takes time, but I'm sure with this beginning, the future is bright for our young people,” he added.

The Nation Builders Corps, which would be launched by President Akufo-Addo, is expected to create 100,000 jobs as part of government's commitment to addressing high unemployment in the country.

The programme, which will be supervised by the office of the President, will focus on addressing shortfalls in public service delivery.

It is expected to create jobs for unemployed graduates in each district of the country, and the graduates would reportedly be engaged for three years.