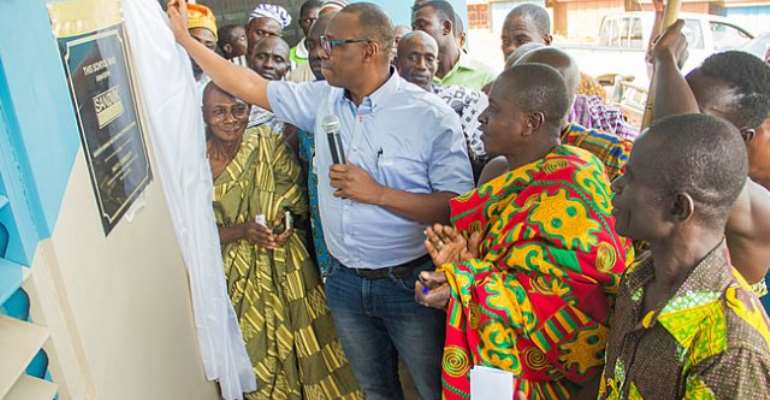 Mining and construction company, Sandvik Gh. Ltd, has handed over a new six-unit classroom block to the Pakyi community in the Ashanti region.

The old school block was severely damaged in a rainstorm in December 2014.

It razed four of the six classroom blocks of the Junior High School (JHS) portion of the District Assembly School.

The community in the Amanfie East district of the Ashanti region had to endure teaching and learning in the poor infrastructure for years until Sandvik intervention.

The company's management after touring the damaged school witnessed classes being conducted under trees with classrooms overcrowded.

"We witnessed first-hand, many classes combined to fit into the remaining 3-classroom JHS block. The schools’ recently constructed ICT block had also been turned into a classroom.

"Other students held their classes under trees. Teachers had to make do with desks on verandas to prepare for lessons. In the rainy seasons, classes had to be called off as soon as clouds began to gather".

The school has a total population of 830 pupils. 598 of these are in the primary classes 1-6 (Basic), with the remaining 232 at the Junior High School (JHS).

The Vice-President explained the rainstorm did not only destroy the school but also damaged the infrastructure of the company.

But after restoring their facility, the company reached out to respond to a request from the elders of the school and community. Funding was secured in May 2016 to begin construction.

In an address during the handing over of the facility, Nuhu Salifu stressed the gesture is inspired by the company's bias towards children's education. 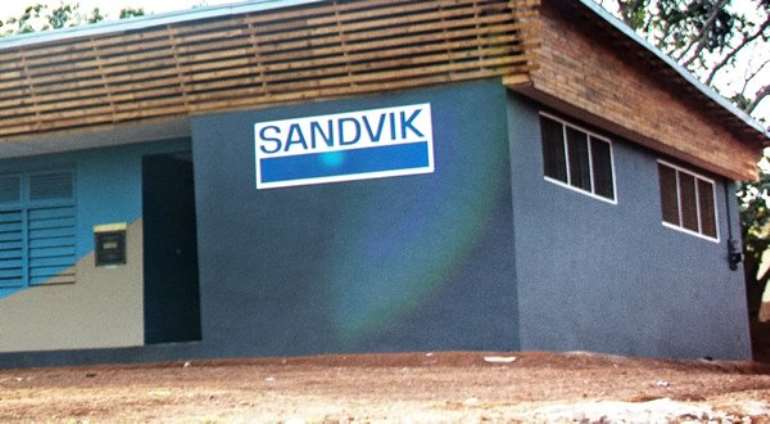 He said the company was particularly impressed to find a competitive male to female ratio of 3:5.

"Education is key; education of the girl-child is even more critical, considering the impact that females have on family life on this side of the world," he said in his speech.

He also thanked the Asantehene Otumfour Osei Tutu II who helped the company to establish its service centre, warehouse, and offices at Pakyi No 1.

The facility is the company's first self-owned permanent facility in West Africa. "The Pakyi Community has been receptive to us and we have reciprocated," Nuhu Salifu said.