‘Leave My Family And Come For Me’ -Minister 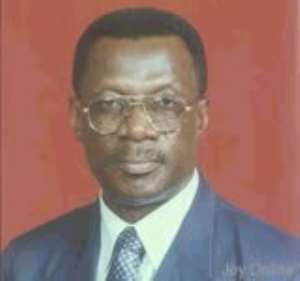 The minister of Ports, Harbours and Railways, Prof. Christopher Ameyaw Akumfi has thrown a challenge to squatters on Railway Corporation lands who are threatening to kill him and two members of his family to leave his family members out of it and face him.

According to the Prof, no member of his family apart from him holds a public position and since he Ameyaw Akumfi is the sector minister taking action against the squatters, they should come out to face him.

The minister has outlined his programme of action to destroy all unauthorized structures close to the Railway lines, as part of efforts to revamp the sector. He said structures that will be affected are those that are located 50 feet from the lines.

Prof. Ameyaw Akumfi told PeaceFM today that the action is aimed at preventing any disaster on the lines whenever there is a rail accident. He stated that he has received different threats on his life from faceless people who use mobile-to-mobile phones to call and threaten to kill him or write letters and dump them at his office, threatening to kill him if he ever carries out his intended demolition exercise. He said however that he has made copies of those threatening letters to the national security for investigations. He said he is unfazed with those threats and will go ahead and carry out his duties.