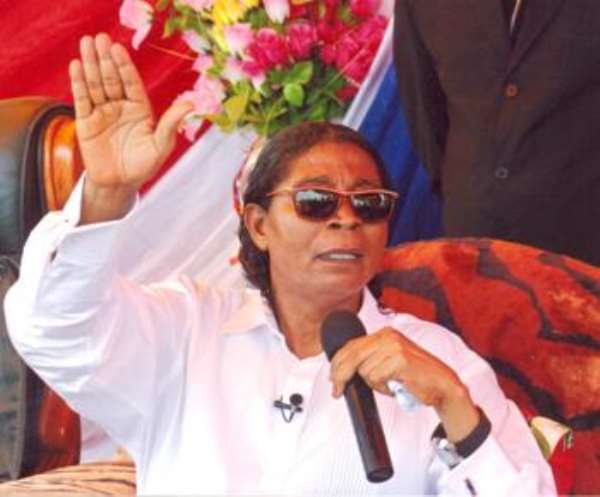 It is said that health is wealth. Before the advent of Europeans in Africa, we lived in harmony with Mother Nature and grew food using organic agricultural methods. It made it possible for us to avoid many of the illnesses then plaguing Western societies.

Sadly, over the decades since our nation gained its independence from the British occupiers of our country in 1957, we have spent hundreds of billions of dollars importing synthetic agricultural inputs - including carcinogenic pesticides banned elsewhere - in an effort to boost agricultural production.

We must end the power and influence of the vested interests that profit mightily from the importation and distribution of synthetic agricultural inputs in Ghana, once and for all.

It is time our educated urban elites started taking Apostle Kwadwo Safo Kantanka - who is a polymath and genius - seriously. Any Ghanaian who does lateral thinking will realise that he actually holds the key to providing the wherewithal to sustainably fund free education in Ghana.

Perhaps it is no accident that President Akufo-Addo became the first president of the Republic of Ghana to attend the annual exhibitions organised by Apostle Kwadwo Safo's Kristo Asafo Church to distribute produce from the Church's many farms and exhibit its technological and scientific innovations to the world. Providence must have willed it.

This blog humbly suggests that those who currently govern our nation should task the cabinet committee overseeing Ghana's implementation of the United Nations Sustainable Development Goals (UN SDGs), to get the relevant state research institutions to collaborate with Apostle Kojo Sarfo Kantanka, as Elon as practicable.

The state must enter into a win-win public-private partnership (PPP) with Apostle Kwadwo Safo Kantanka to turn Ghana into a global power in the production of organic agricultural produce using his natural growth-enhancers, weedicides and pesticide)s.

Ditto, enter into a PPP to enable his Kantanka Automobile Limited to retrofit all state vehicles - both old (but not above 5 years in age) and new - and turn them into self-charging electric vehicles.

Will the hundreds of billions of dollars such a development will save the state - which it currently spends annually purchasing fuel to power the public-sector's fleet of government-owned vehicles - not be sufficient to fund free second-cycle education sustainably, if the government awards a sole-sourced (for strategic national security reasons) contract to Kantanka Automobile Limited to retrofit all its vehicles into electric vehicles, one wonders? Haaba.

And will Ghana not quickly become the world's biggest producer of organic agricultural produce - including cocoa beans and sundry organic cocoa products - were it to ban the importation and use of synthetic agricultural imputs in farming in Ghana, and pass new laws sanctioning the use of only Apostle Kojo Kantanka's natural plant growth enhancers, natural growth mediums, natural pesticides and natural weedicides?

If 2018 is the year that President Akufo-Addo intends to move "with supersonic speed" to fulfill his transformational agenda for Ghana, then surely the time has come for Apostle Kojo Sarfo to be taken seriously by our nation's educated urban elites? He holds the key to Ghana's future. Literally.