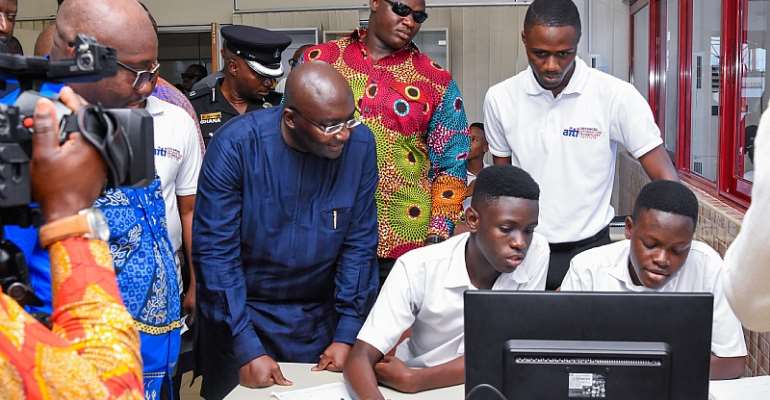 The two bodies have been tasked to advise, devise and oversee a robust defense of Ghana’s cyber security assets, especially in light of the Akufo-Addo government’s digitisation agenda as part of plans to formalise the economy.

“The rapid growth of exponential technologies in the country, comes with its associated security concerns. In view of this impending threat, our government has set up an Inter-Ministerial Advisory Committee and a National Cyber Security Secretariat as we begin the implementation of our National Cyber Security Policy and Strategy.

“We are determined to take the necessary steps to ensure the enactment and enforcement of Cyber Security Laws in order to strengthen the local industry and attract foreign investments.

“We will also ensure that global standards and practices are adhered to in the deployment of these technologies,” the Vice President stated at the opening ceremony of the 2017 edition of the Ghana-India Kofi Annan Centre of Excellence’s Innovation week in Accra on Tuesday December 5, 2017.

The theme for the Innovation Week is “Exponential Technologies and Innovations, A Key Enabler for Accelerated Economic Development”, and brings together technology service providers, students, and tech innovators for interactive sessions and knowledge sharing.

Cyber security has been high on government’s agenda in the wake of several high profile data breaches across the world and, with a Digitisation agenda, the Ghana government is determined to leave no stone unturned to protect the data of her citizens, the Vice President assured.

Dr Bawumia explained that implementation of the Akufo-Addo government’s Information Communication Technology for Development (ICT4D) policy “is one that will see to the realization of our vision to transform this nation into an Information-rich Knowledge-based economy through the development, deployment and exploitation of ICTs within the economy and society”, and the protection of such data was crucial for its acceptance by local players in the industry and help attract foreign partners.

Technical work has meanwhile been completed on the interoperability of the financial system and the full implementation is expected to begin in January, adding another plank to Government’s plan to formalise the Ghanaian economy.

Explaining the rationale behind the drive for interoperability, Vice President Bawumia stated:

“We need to formalize this economy, and to do so in a hurry, and this is why we have moved to bring in place the digital drivers’ licence, digital vehicle registration, digital online registration of businesses at the Registrar General, Paperless port and also interoperability that we are about to introduce.

“Finally I'm glad to say the technical work has been completed on the interoperability of the financial system and by January we should have it go live.We will launch interoperability so that whether you are using a mobile phone or a traditional bank account you can all communicate and send money across. Practically where we are heading is wanting everybody to have a bank account and this is where we expect to be next year.”