Are Ghanaians Advocating For Dictatorship By Attacking Nana Addo For Comments On Homosexuality? 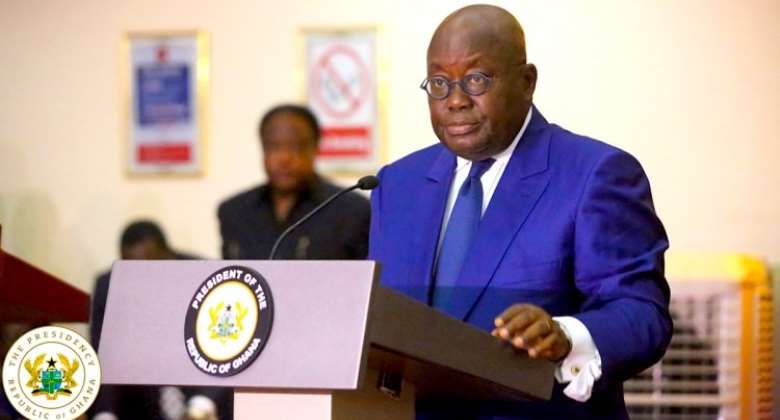 Ghanaians have taken to various social media platforms and media houses to attack the president of the republic of Ghana for his candid and educated comments on homosexuality in an interview with Al Jazeera. It is quite unfortunate the abusive comments of most people to the President and a disgrace to the various media houses in the country for their inability to communicate well to Ghanaians.

It is sad how some media houses deliberately instigate such behaviors among Ghanaians for personal gains and profit. The President granted an interview which was more than thirty minutes to discuss pressing issues, however the media saw it fit to edit and spread the only part of the interview where the President gave an unclear stance on the legalization of homosexuality. This act of the media gave the citizenry a limited understanding of the whole interview and that prompted their unexpected reactions.

Aside this factor, it is interesting how people backlashed the President for the reason that, he did not take a strong stance in the opposing of any attempts to legalize homosexuality in the country. Most Ghanaians ignorantly compared the comments of President Nana Addo to that of former Presidents John Evans Atta Mills and President John Dramani Mahama who said, “Homosexuality is against the norms and culture of Ghanaians and thus won’t be legalized”.

It must be noted that, the main rationale behind both Presidents refusing to legalize homosexuality is that, it is against the people of Ghana. By this, both Presidents emphasized that Ghana is a democratic state and the interest and likes of the people would always be placed first by any leader or government.

On that basis, it becomes intriguing why most Ghanaians see fault with the President’s comment. In President Nana Addo’s response to the legalization of homosexuality in Ghana, he made it crystal clear that, legalizing homosexuality is not the focus of his government and it is not a needed legislation of the people at the moment. From this comment, the President informed the world of Ghana’s dislike for homosexuality and also announced that his government, the New Patriotic Party has never considered that thought.

The President then further proceeded to say that, however if majority of the people arise for the legalization of homosexuality, then there could be a change in the legislation of the 1992 Constitution to that effect.

This explanation by the President also demonstrated Ghana as a democratic state where the views and the needs of the citizenry are heeded to. In other words, the Presidents’ comment can be interpreted as, when the people of Ghana decide homosexuality should be legalized, he would do as they wished and that is democracy.

Now to those attacking the President for his comments, are you saying or by actions, giving the President Nana Addo or any President that would come after him the authority to take such crucial decisions based on their own will or judgement without considering the needs of Ghanaians?