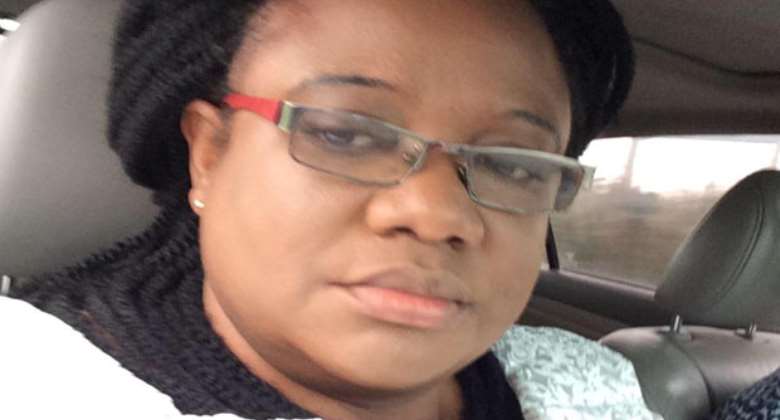 THE DIRECTOR of the Tema East sub-metro of the Tema Metropolitan Assembly (TMA), Rita Damani, has debunked claim that she had been taking money from developers without issuing out official General Counterfoil Receipts (GCRs).

She has described the assertion as ridiculous, categorically false and intended to destroy her reputation.

Drawing from a memorandum entitled, 'Request for the Release of an officer' dated November 16, 2017, and issued by the Finance and Administration (F&A) Sub-Committee of the assembly, DAILY GUIDE reported that the director had been summoned to appear before a fact-finding committee to respond to allegations made by a City Guard of the assembly.

The summons, signed by Frederick Doe, Finance Officer of the assembly, and intercepted by this paper, stated in part, “I have been directed by the Chairman of Finance and Administration Sub-Committee to inform you of a fact-finding committee commissioned by the Finance and Administration Sub-Committee whose sole terms of reference is enquire into the allegations leveled against the Tema East Sub-Metro Director in the person of Rita Damani, by a Metro Guard in the person of Chief Inspector John Mireku, with regards to taking money from the developers without issuing out official General Counterfoil Receipt (GCR).”

It further named the seven members of the committee before stating, “The committee will therefore be grateful if the said officer (Mrs. Rita Damani) could be released for the enquiry on Tuesday, November 21, 2017, at the office of the Presiding Member at 10:00 am prompt and she should be informed to give the committee all the necessary assistance for execution of the conferred mandate.”

However, shortly after the publication, the assembly issued a press release signed by the Public Relations Officer (PRO) of TMA, Frank Asante, and copied to DAILY GUIDE, refuting the story that a staff of the assembly had been cited for engaging in the alleged receipt scam as reported by the paper.

Touching on the allegation by some staff of the assembly that the officer had been boasting of being connected to top officials, including the head of Local Government Service, the PRO stated, “The officer mentioned, has not conducted herself in a manner to suggest that she is connected to the top official and that she is untouchable as alleged. The head of the Local Government Service cannot be linked to the matter at all.”

I won’t be an impediment to free, fair and transparent elect...
2 minutes ago