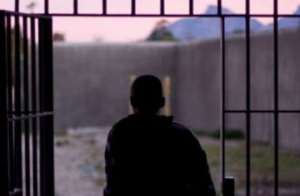 Sixteen (16) remand prisoners at the Kumasi Central Prisons have been freed and 45 others granted bail under the Justice for All Programme (JFAP).

This was after their applications had been heard by judges in a two-day session held in the prisons.

Another 32 had their applications refused and there were four convictions.

Justice Clemence Jackson Honyenuga, an Appeal Court Judge with responsibility for the JFAP, told journalists that a total of 133 cases were heard.

These mostly involved misdemeanor - stealing and other lesser offences.

The programme, launched a decade ago, is part of the drive to decongest the nation's overcrowded prisons.

Justice Honyenuga said, mindful of the deplorable conditions at the prisons, steps were also being taken towards imposition of non-custodial sentences.

He reminded judges and magistrates to avoid throwing people into jail unnecessarily.

Prisoners, wanting to take advantage of the JFAP applied through the National Review Taskforce - made up of all stakeholders in the criminal justice system.

People charged with murder, robbery and narcotic offence and had languished in prison for three or more years without trial, also qualified to apply.

'Captain Smart arrest is intolerance, he did no wrong' – Med...
39 minutes ago