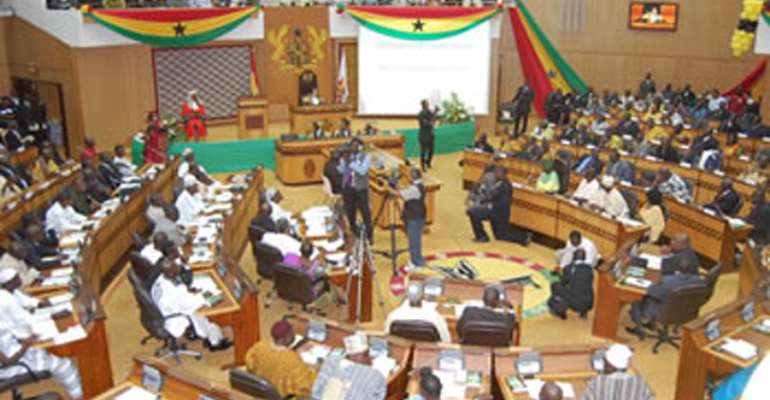 A group known as Alliance for Women in the Media (West Africa) made up of prominent women and journalists in the Ghanaian media on Friday, petitioned parliament to ensure that the Inspector-General of Police brings the case in which a 17-year-old boy cruelly defiled a four-year-old girl at Adadientem in the Assin South district of the Central Region to the police headquarters in Accra for proper investigations to be conducted.

The group in presenting the petition to the Majority Leader, Osei Kyei-Mensah-Bonsu, said bringing the case to Accra will facilitate speedy investigations into the matter since Accra has all the experts in carrying out such investigations.

The group led by Mercy Adjabeng said it is worried about the way the case is being handled by the Central Regional police and wants Accra to take it over to ensure justice.

The Majority Leader who received the petition on behalf of the speaker expressed gratitude to the women group for the initiative.

He indicated that Members of Parliament were also shocked by the news that after the grown up boy had defiled the little girl, no official complaint was made to the police while the boy was exonerated by the chief of the town.

He said President Akufo-Addo was also outraged on hearing the news.

He promised that the leadership of both the Majority and Minority will meet the speaker and find a way of pushing the concerns of the group to the appropriate quarters for action to be taken.

He thanked the group for recognising the important role of parliament and urged the group to work and partner with other civil society groups to bring up issues of national concern to the public domain and also put the executive on its toes to be able to offer effective governance to the people of Ghana.

Meanwhile the MP for Assin South, Rev John Ntim Fordjour has told the press that he has personally taken up the bills of the victim at the St Francis Xavier Hospital at Assin Fosu.

According to him, he has also arranged for a psychological therapist to help the victim recover from the trauma she went through.

He disclosed that through his arrangement, the victim and his mother had been relocated from the town to a new community to avoid the incidence of stigmatisation.

He said physically, the victim is doing well and will need special protection and psychological therapy.

I Felt Very Safe Under Mahama – Manasseh
34 minutes ago