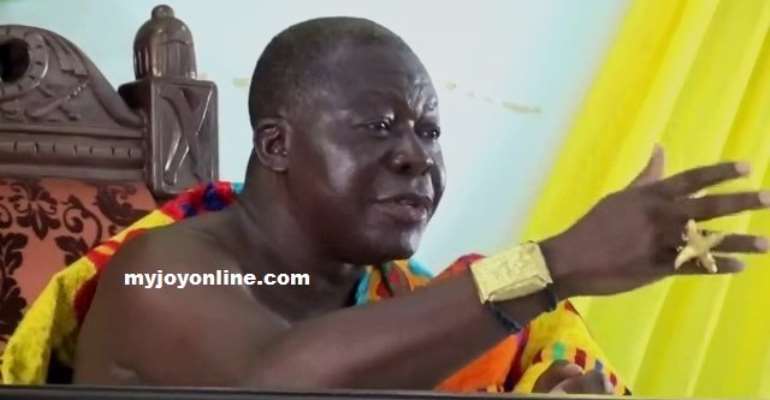 The Ghana International Bank has admitted it erred with some claims it made against the Asantehene as part of its defense in a case before a UK employment tribunal.

The Bank is in court defending why its dismissal of an official, Mark Frank Arthur over a transaction is justified.

Mr Arthur had sued the Bank after he was dismissed for accepting to deposit £350,000 into the Asantehene’s account in the UK.

He admitted before the tribunal he accepted the cash from Otumfuo Osei Tutu II without following the anti-money laundering regulations because of the King’s status.

But the Bank in its statement of defence Wednesday said its checks revealed the Asantehene’s diplomatic passport had expired.

It also said the money in question was transferred from Zambia’s capital Lusaka under suspicious circumstances.

The judge had scheduled Thursday for his ruling but he had to postponed it to Monday after the Bank retracted some of its earlier claims.

Lead counsel for the Bank reportedly told the court their latest checks have revealed Otumfuo’s diplomatic passport had not expired.

The lawyer also said the Bank’s claim that the money was transacted from Lusaka under “dodgy” circumstances was inaccurate.

The reporter said lawyers for Mr Arthur maintained their client did nothing wrong when he deposited the money on behalf of the King.

There are claims of bad blood between Mr Arthur and the Chief Executive of the Bank, John Mensah who is said to have authorised the transaction.

An employee of the Bank, Raymond Sowah reportedly said the transaction was duly approved by the appropriate officials.

“He proved that the transaction was genuine so they don’t see why Mr Mensah should go and report the matter,” the ABN radio reporter said of the employee.