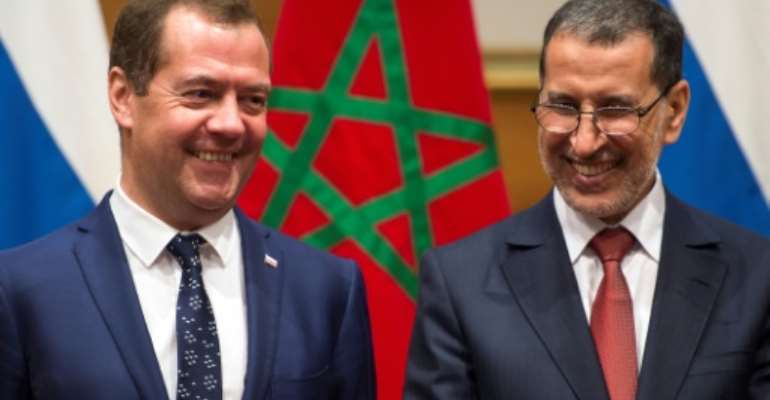 He spoke of a "very promising project to supply liquefied natural gas to meet the needs of the Moroccan economy".

"The potential for cooperation is huge," he said during a brief press conference.

During his visit the two countries signed deals in the energy, agriculture and hi-tech sectors.

"We are discussing further cooperation in the field of nuclear energy or renewable energies," Medvedev said after talks with his Moroccan counterpart Saad Eddine El Othmani.

Medvedev said the two had also discussed transfers of military and security technology.

Morocco has few oil and gas reserves of its own and is planning to open an LNG terminal at Jorf Lasfar on the North African country's Atlantic coast in 2019, according to the energy ministry.

Medvedev was set to dine Wednesday with Morocco's King Mohamed VI, who visited Russia in March 2016 in a bid to forge deeper ties with Moscow.

Medvedev also visited Algeria this week, where he was received by ailing President Abdelaziz Bouteflika.