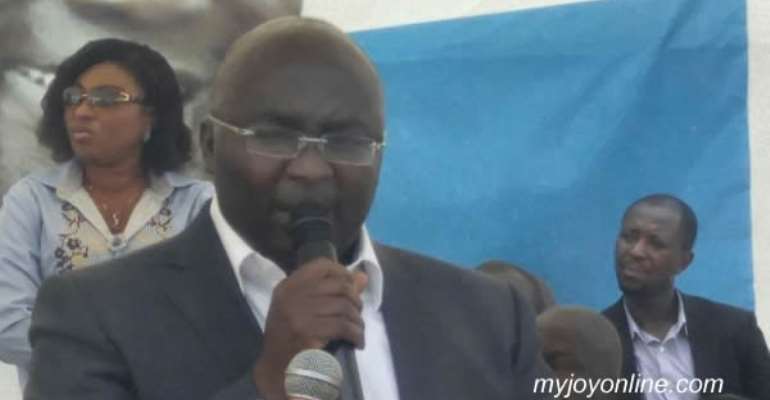 During the 'Advancement Lectures ' at the University of Cape Coast under the theme, 'Developing stronger economies for the African continent: the missing link,' the celebrated economist and former Deputy Governor of the Bank of Ghana (BoG) referred to a September 2017 UN Report titled, “In School but Learning Nothing” which contained some troubling observations, to buttress his position.

In Mali, the number is said to be 93 percent while in Japan it has been pegged at just one percent.

As a result, he noted that “we are witnessing an increasing army of uneducated 15-25-year-olds, with little to no skills of work and therefore unemployable.”

For a country with nearly 20 percent of its population in this age group, Dr Bawumia said: “this group of young people represents a worrying undeveloped human productive capacity, and with time they could become 'our potential wasted assets.”

“Our approach to building a stronger economy must begin with the ambition and commitment to intensify the development of our human capabilities.”

“We cannot advance in technological innovation, we cannot take advantage of technology transfer and adoption, and we cannot nurture entrepreneurial skills without an inclusive access to education.”

“Education for all is imperative in a world of rapid technological innovations. It is inconceivable that children should be denied access to education at the early age of 12 simply because of their financial circumstances. Enriching our human capital must begin early if the young are to develop their skills of work, gain knowledge and deepen their thinking and creative skills for enterprise and innovations,” he emphasised.

In line with this, he said government has decided to restore allowances of trainee teachers and nurses in October and November this year, saying “we are not only providing access but in line with Sustainable Development Goals (SDG goals) number four and five, we are also emphasizing quality education and gender equality.”

In the long run, building the human capacity in this way, nurturing creative minds is the first step to building a generation of innovative entrepreneurs and problem solvers in all aspects of our life, including how we manage our natural resources.”