Pensioners Cry; 'We Are Living In Misery,' 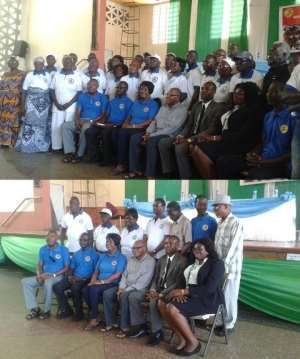 Accra, Oct. 02, GNA - Mr Kwaku Madakena, the President of the University of Ghana Pensioners Association, on Monday expressed worry at how pensioners are living in misery with their quality of lives deteriorating day by day.

He has, therefore, called on the National Pensions Regulatory Authority (NPRA) to give pensioners a top-up as they were suffering due to the miscalculation of their pension allowance.

'We are suffering because they have been cheating us for the past 20 years, we were told our contributions were not calculated very well hence our plight…we are suffering and living in misery,' Mr Madakena stated in Accra when Ghana joined the world to mark the 2017 World Aged Day.

The day, which is celebrated on October 1, every year since 1991, is used to raise awareness about issues affecting the elderly such as senescence and abuse of the elderly.

It is also a day to appreciate the contributions that older people make to society.

On December 14, 1990 the United Nations General Assembly voted to establish October 1 as the International Day of Older Persons as recorded in Resolution 45/106.

Mr Madakena said government's indebtedness to the Social Security and National Insurance Trust (SSNIT), since 2015, had been huge and it was time the debt was settled for pensioners to enjoy their benefits.

Mr K. B. Asante, a Ghanaian Retired Diplomat and a Statesman, said: 'SSNIT money was for contributors and not for government and so when government uses it, it is not right.

'It is for your various associations to be aware of how SSNIT monies are used because it is not for government,' he said.

Mr Asante called for the laws to be applied to officials in charge of pensioners' benefits who mishandled and or misused the monies.

In a related development, Christ Our Mission International (COMi) Relief Foundation, a non-governmental organisation that provides healthcare for the elderly, marked the Day on the theme: 'Are the Aged Neglected?

He blamed this on the adoption of new family systems, which did not take care of parents in their old age.

'The care of the elderly is gone, children are not taking care of their parents, and we have research evidence where a lot of the aged are neglected, even at the point where they are bed-ridden,' he said.

'Sixty five members of these aged are lying in their rooms unattended to, with some experiencing unhygienic conditions.'

Dr Danso called for education that would address the pertinent issues that affected the health and well-being of the aged.

'We need to be the change we want to see with our aged,' he said.

Dr Danso advised the aged not to hold on to grudges as that was harmful to their health, and urged them to learn to make peace with one another.

Mrs Rosina Akrofi, the Assistant Manager of Corporate Affairs of the NPRA, educated the aged on the various tier schemes and encouraged self-employed persons to take advantage of the Third Tier Scheme to secure retirement income and reduce old age poverty.

She urged various informal sector groups and individuals to set up their own schemes and seek technical advice or outsource their administration and other technical work to third party administrators.

The global theme for the Day is: 'Stepping into the Future: Tapping the Talents, Contributions and Participations of Older Persons in Society'.

According to the United Nations, the theme would be used to explore effective means of promoting and strengthening the participation of older persons in various aspects of social, cultural, economic, civic and political lives.